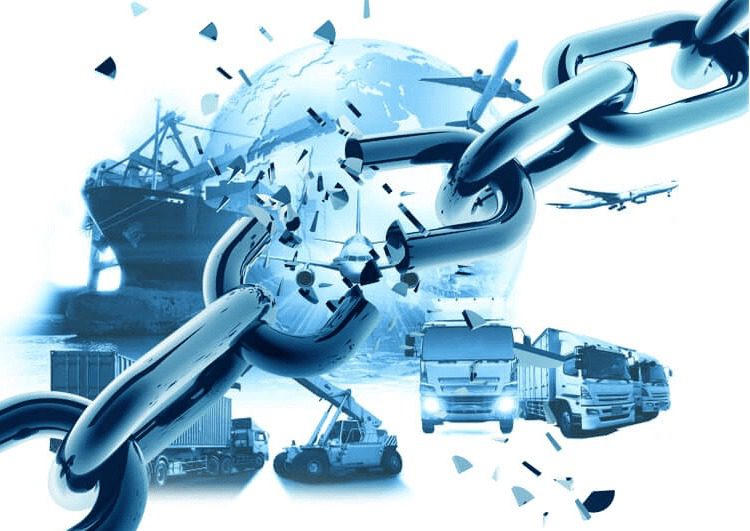 Carriers of goods including Walmart, UPS, and FedEx are moving to work more shifts—including 24 hours per day, seven days per week—to address global supply disruptions that have contributed to a surge in inflation, the White House said Wednesday. The update was announced ahead of President Joe Biden’s meeting with the heads of Walmart, FedEx, and UPS to address the supply chain bottlenecks before the Christmas season.

According to a fact sheet released by the administration, Walmart said it would “increase its use of night-time hours significantly and projects they could increase throughput by as much as 50 percent over the next several weeks.”

Meanwhile, UPS said it would commit to use 24/7 operations “and enhanced data sharing with the ports” to move more containers out of ports, said the White House.

And FedEx, the fact sheet said, will “work to combine an increase in nighttime hours with changes to trucking and rail use to increase the volume of containers it will move from the ports.”

UPS and FedEx combined shipped approximately 40 percent of U.S. packages by volume in 2020, the White House said. A White House official told news outlets on Wednesday that FedEx, UPS, and Walmart will move toward a 24/7 working schedule. 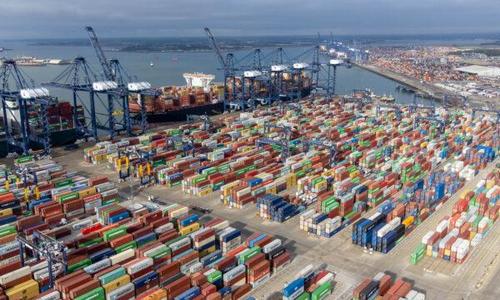 Thousands of shipping containers at the Port of Felixstowe in Suffolk, England, on Oct. 13, 2021 (Joe Giddens/PA)

“Across these six companies over 3,500 additional containers per week will move at night through the end of the year,” said the fact sheet. “Those boxes contain toys, appliances, bicycles, and furniture that Americans purchased online or at their local small business, and pieces and parts that are sent to U.S. factories for our workers to assemble into products.”

Additionally, the Port of Los Angeles will move to 24/7 service, coming after the Port of Long Beach began similar operations several weeks ago, officials said.

The International Longshore and Warehouse Union also made a commitment to staffing 24/7, meaning that it will double the “hours that cargo will be able to move out of its docks and on highways,” according to the White House.

The supply crisis is driven in part by the global COVID-19 pandemic and potential vaccine mandates, as sales of durable goods jumped amid worker shortages and transportation hub slowdowns. Lower-than-expected Christmas sales could hurt U.S. companies and pose a political risk for Biden.

Thousands of shipping containers are on cargo ships offshore waiting to be offloaded at the ports of Los Angeles and Long Beach. Similar backlogs exist at ports in New York and Savannah, Georgia. A shortage of warehouse workers and truck drivers to pick up goods is another reason for the bottlenecks.

This article appeared at ZeroHedge.com at:  https://www.zerohedge.com/economics/supply-chain-disruptions-force-white-house-ask-walmart-ups-fedex-increase-output