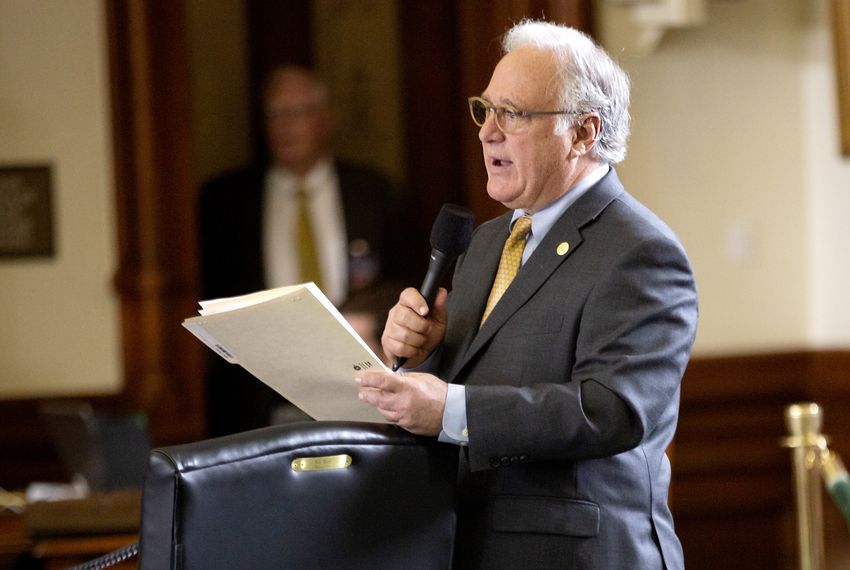 State Sen. Kirk Watson, an Austin Democrat, is retiring from the Texas Senate.

His resignation is effective at midnight April 30, the Austin American-Statesman first reported Tuesday. Watson is leaving office to become the first dean of the University of Houston’s Hobby School of Public Affairs.

“This is a chance to build a world-class public affairs and policy school essentially from the ground up,” Watson said in a statement. “It is transformative work at a creative and ambitious university, located in one of the country’s largest and most diverse cities. … Only a unique opportunity to serve this state — and a compelling platform for that service — would cause me to leave.”

Watson, an attorney and former mayor of the city of Austin, represents Senate District 14, a historically Democratic seat. It covers Bastrop County and parts of Travis County. He was first elected to the seat in 2006, taking office in early 2007.

Watson’s early departure will set off a special election to serve the rest of the term, which will end in 2023. Watson delivered his resignation letter this morning to Gov. Greg Abbott, who will later set the date for a special election.

The race to replace Watson is likely to be a crowded one and could include multiple members of the Texas House’s Austin delegation.

Hours after Watson announced the news, a number of Democrats announced they were eyeing the seat, including Austin City Council member Greg Casar. Two others — Austin attorneys Jose “Chito” Vela and Adam Loewy — said they were also seriously considering a run for the seat. Vela previously ran for an Austin-area seat and lost in a runoff to Sheryl Cole, who now represents House District 46.

Watson told reporters Tuesday morning he has no plans to get involved in the race.

The Texas Democratic Party said it was excited for Watson’s next step and called him a “true champion and ally in every sense of the word.”

“It was always a great day to be a Texas Democrat with Senator Kirk Watson on the floor of the Texas Senate,” party chair Gilberto Hinojosa said in a statement.

By Naomi Andu and Alex Samuels, The Texas Tribune.
The Texas Tribune is a nonpartisan, nonprofit media organization that informs Texans — and engages with them – about public policy, politics, government and statewide issues.