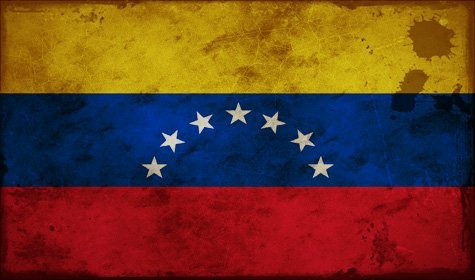 While we here in the United States debate pressing issues in the wake of the upcoming Presidential election, like the urgent need for gender-neutral bathrooms, the people of Venezuela remain entrenched in a food crisis that continues to sow widespread unrest which has become increasingly violent in recent months (see our post here).  So what do you do if you’re the President of a Socialist government with mounting civil unrest and growing political opposition seeking your ouster via a recall referendum?  Well you enslave your entire nation, of course.

As Vice News reports, President Nicolás Maduro signed a new law last week that requires “all workers from the public and private sector with enough physical capabilities and technical know-how” to work in agricultural fields on demand.  The new law mandates that citizens can be required to work in the agricultural sector for a period of 60 days which can be extended “if the circumstances require it.”

While we’re “sure” President Maduro’s intentions are good, we’re somewhat skeptical of his plan.  As we recently reported (here), the real issue at hand in Venezuela is, of course, the hyperinflation death spiral gripping the Socialist nation in the wake of the collapse of their oil-dependent economy.  As Miguel Pérez Abad, minister of industry and business, recently told Reuters the decline in domestic production is being exacerbated by plummeting imports which are likely to fall by 60 percent this year, compared to 2015.  As a local baker pointed out, “We cannot make more subsidized bread with the current cost of flour.  We always end up losing, but we cannot afford to stop making bread either.”

Per the FT, local merchants are being forced by an increasingly oppressive military to sell groceries at a loss to avoid civil unrest:

“They went into all the shops in the area, forcing us to sell at a loss,” says Daniel, not his real name, of the incident earlier this month. The army men demanded that Daniel sell his beef at 250 bolívares (roughly $0.25 at black market rates) a kilo, even though he explained it cost 3,000 bolívars to buy from his suppliers.

“They told me the beef belonged to the people and stayed seven hours as a huge queue formed outside.”

Not wanting to be outdone by his U.S. counterparts who masterfully utilize complicit media outlets to control news cycles at their will (see our recent post here), President Maduro has repeatedly taken to the airwaves to blame the food shortages in Venezuela on an “economic war” waged by right-wing businesses, and supported by US imperialism, who seek to bring down his Socialist regime.  Just last month, Maduro declared a 60-day state of emergency based on his fears that the U.S. was plotting a coup attempt.  PerVice News:

He alleges that business owners are sabotaging the economy in an effort to force him out. Maduro accuses them of wanting to bury the socialist legacy of his popular predecessor, President Hugo Chávez, who created a solid base of support among the poor thanks to oil-subsidized social programs and price-controlled food.

Meanwhile, Antonio Pestana, chief of Venezuela’s farming association, indicated that Venezuela’s food crisis was a simple issue related to the underutilization of available ag land, telling reporters last month that only 25 percent of agricultural land is actually being farmed in Venezuela.  While we don’t doubt Mr. Pestana’s figures, we’re not sure how enslaving a nation of people helps to alleviate Venezuela’s food crisis.  Without the ability to import critically important irrigation equipment and fertilizer supplies, due to a useless currency, we’re not sure what use additional ag labor will be.  We’ve heard that singing to plants can help improve yields, perhaps that is the plan?

This article appeared at ZeroHedge.com at:  http://www.zerohedge.com/news/2016-07-29/socialist-utopia-slave-nation-venezuela-unveils-shocking-forced-labor-law