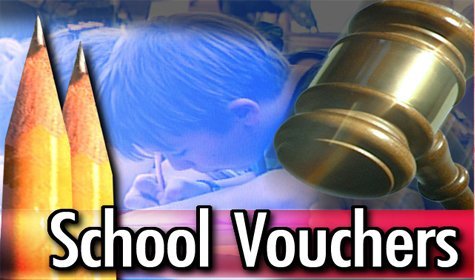 An investigative report conducted by Politico says that $1 Billion in tax payer funds will go to Christian schools in the form of vouchers.  School choice advocates will call this a victory.  The founders believed this practice to be destructive to both liberty and faith. The Politico article serves to illustrate that point.

The article argues that tax payer dollars are going to fund an education that,

“go[es] beyond teaching the biblical story of the six days of creation as literal fact.  Their course materials nurture disdain of the secular world, distrust of momentous discoveries and hostility toward mainstream scientists.” 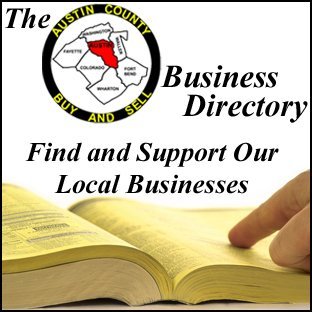 People, that is, secular society will be very upset that their tax dollars are being used to teach children to have contempt for the secular world.  Notice that this journalist also used the word “hostility”.  “How can MY tax dollars be used to teach someone to be hostile to me?” is what we are about to hear.  A Christian might say the same thing about tax-funded madrasas.

Proponents of vouchers professes that individuals motivated by “religious convictions” want to send their children to Christian schools and cannot afford to do so, so we need the tax dollars they pay for public education to be “reimbursed” to them to be used for Christian school education.  However, vouchers are not a “reimbursement” of the money paid in taxes, they are a government subsidy.  When the government subsidizes a program they have the obligation to regulate it.    A private Christian school teaching the principles of Christianity and the principles of creationism will soon have to stop teaching those things, if they want to operate using government funding. To do otherwise would compel those who do not share those convictions to provide funding for them.

“to compel a man to furnish contributions of money for the propagation of opinions which he disbelieves, is sinful and tyrannical;”  Thomas Jefferson, The Virginia Act for Establishing Religious Freedom 1786.

Many of our founders believed that tax dollars should not be used to support anyone’s religious education, Christians, Jews, Pagans, or Muslims.  In our ignorance, we are repeating a battle in American history that our founders already fought and settled.  Shortly after the ratification of the Constitution and Bill of Rights, several legislators, Patrick Henry being one, put forth a bill to pay Christian Teachers with tax dollars.  The bill was titled, A Bill Establishing A Provision for Teachers of the Christian Religion.  The purpose of this bill was to pay Christian teachers’ salaries out of collected tax revenue.  Patrick Henry was a great defender of Liberty and an ardent Christian.  In this case, his desire to defend the faith blinded him to the dangers of inviting the government into the church in the form of tax subsidies.  Fortunately, there were other legislators present that knew the dangers of such an act, and their stand helped to clarify why good intentions can lead to dangerous destinations.

To understand why it is wrong for tax dollars to pay for Christian education, we must really think about the process as a whole.   When tax dollars are used to pay someone’s salary, those people become government employees.  We like to argue that people who are paid with tax dollars are employees of the “citizens”, but when they get their paychecks they do not call themselves “citizen employees” they call themselves “State employees” or “federal employees”.   And when the government is their employer, the government has the right to dictate and regulate their employment practices; from the curriculum they teach, to the teachers they hire, and even the students they educate.  Since, tax dollars are not the property of the government but of the American people, the American people cannot allow the government to spend their money with no accountability.   Therefore, regulation of government spending of taxpayer dollars is required.  So, to take tax dollars invites government regulation, influence and control into the Christian schools.  In opposition to Henry’s Bill, an “Association of Ministers and Delegates” wrote this response:

“No man or set of Men are entitled to exclusive or separate Emoluments or Privileges from the Community but in consideration of Public Services.  (Quoting the Virginia Declaration of Rights)  If, therefore, the State provides a Support for Preachers of the Gospel, and they receive it in Consideration of their Services, they must certainly when they preach, act as Officers of the State and ought to be accountable thereto for their Conduct. . . .”

The government cannot allow the use of tax dollars in a way that will discriminate based upon criteria such as race, gender, religion, creed, etc.  So if a religious school accepts tax dollars for the performance of a service, the government must regulate that organization’s activity and prevent discriminatory practices.  The organization can no longer perform its service free to the dictates of their religious convictions, but must adhere to a non-discriminatory practice as regulated and dictated by the government. 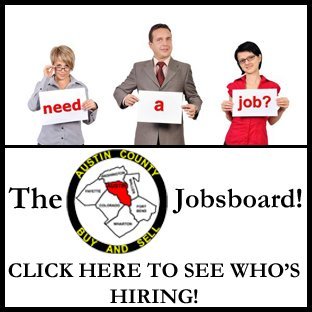 In 1776, our founders believed that taking tax dollars to pay Christian teachers was paramount to the destruction of religious liberty:

“the Consequence of this is, that those whom the state employs in its Service, it has a right to regulate and dictate to; it may judge and determine who shall preach; when and where they shall preach.  The mutual obligations between Preachers and Societies they belong to . . . must evidently be weakened — Yea, farewell to the Bill of Rights!”

There are deeper spiritual problems with vouchers.  By becoming funded by the government, the original intent motivating Christians to obtain vouchers may be nullified and they may no longer able to teach their children a Christian education while under the government umbrella.

Here is the real issue that should persuade Christians to think twice about vouchers.  Persons acting upon “religious convictions” ought to also believe those religious convictions.  To profess to operate under the conviction and direction of God and then demand the government to provide money, is a violation of the First Commandment.

“[using tax dollars for religiously based programs] tends also to corrupt the principles of that very religion it is meant to encourage, by bribing, with a monopoly of worldly honors and emoluments,”   Thomas Jefferson, The Virginia Act for Establishing Religious Freedom 1786.

Christians are taught to bring up our children in the “in the nurture and admonition of the Lord.”  Christians are taught also told to “Train up a child in the way he should go: and when he is old, he will not depart from it.”  Finally Christians know that God is their provider, that he is a loving and gracious Father, who owns the cattle upon a thousand hills and that “your heavenly Father knoweth that ye have need of all these things.”  Christians are commanded to not worry about how they are going to provide for their needs (Matthew 6:31), because we cannot serve two masters.  We must choose God over our love of money.

But when Christians run to government to pay for the education of their children, they declare that God is bankrupt and needs a government bailout!  It tells a world of nonbelievers that even believers cannot trust God to provide for the needs of His children, and that all must rely on government.  It takes a nation that pledges to be “one nation under God” and tells the world we are actually “one nation under government.”   This shameful display of lack of faith undermines the believers dependence on God, and undermines the gospel itself, declaring to the world that God is NOT sufficient to provide for our needs on earth, so how can we trust Him to provide our eternal needs?

Religion not invented by human policy, must have pre-existed and been supported, before it was established by human policy. [Relying upon government provisions serves]  to weaken in those who profess this Religion a pious confidence in its innate excellence and the patronage of its Author; and to foster in those who still reject it, a suspicion that its friends are too conscious of its fallacies to trust it to its own merits. James Madison, A Memorial and Remonstrance 1785

The true application of the principle of “separation of church and state” is one that was won with over 700 years of battle.  (for a detailed study in the true application of this doctrine, read here)  This principle, that teaches that government has no place in the church, is wrecked by the likes of vouchers, where Christians, themselves, beg for their own destruction.  I am amazed that even in light of the current battle to keep the government out of our churches in the matter of healthcare mandates, that Christians can even consider demanding government money for programs established upon religious convictions.  Haven’t we seen well enough that where the government is invited in, it will soon run the house?  How can we with clear conscience declare the government has no right to force a religion to operate outside its conscience and provide healthcare contrary to its beliefs and with the same body demand the government give the Christian schools money?

“Well aware that Almighty God hath created the mind free; that all attempts to influence it by temporal punishments or burdens, or by civil incapacitations, tend only to beget habits of hypocrisy and meanness, and are a departure from the plan of the Holy Author of our religion,”  Thomas Jefferson, The Virginia Act for Establishing Religious Freedom 1786.

It is time for Christians of all denominations to live their testimony and show the world that we serve a living God who is sufficient in both eternal AND temporal things.  How else can we be not just hearers of the word but also doers?

No man can serve two masters: for either he will hate the one, and love the other; or else he will hold to the one, and despise the other. Ye cannot serve God and mammon.  Wherefore, if God so clothe the grass of the field, which to day is and to morrow is cast into the oven, shall he not much more clothe you, O ye of little faith?  But seek ye first the kingdom of God, and his righteousness; and all these things shall be added unto you. Matthew 6:24, 30, 33

Christians, do what is right before God and say NO to vouchers!