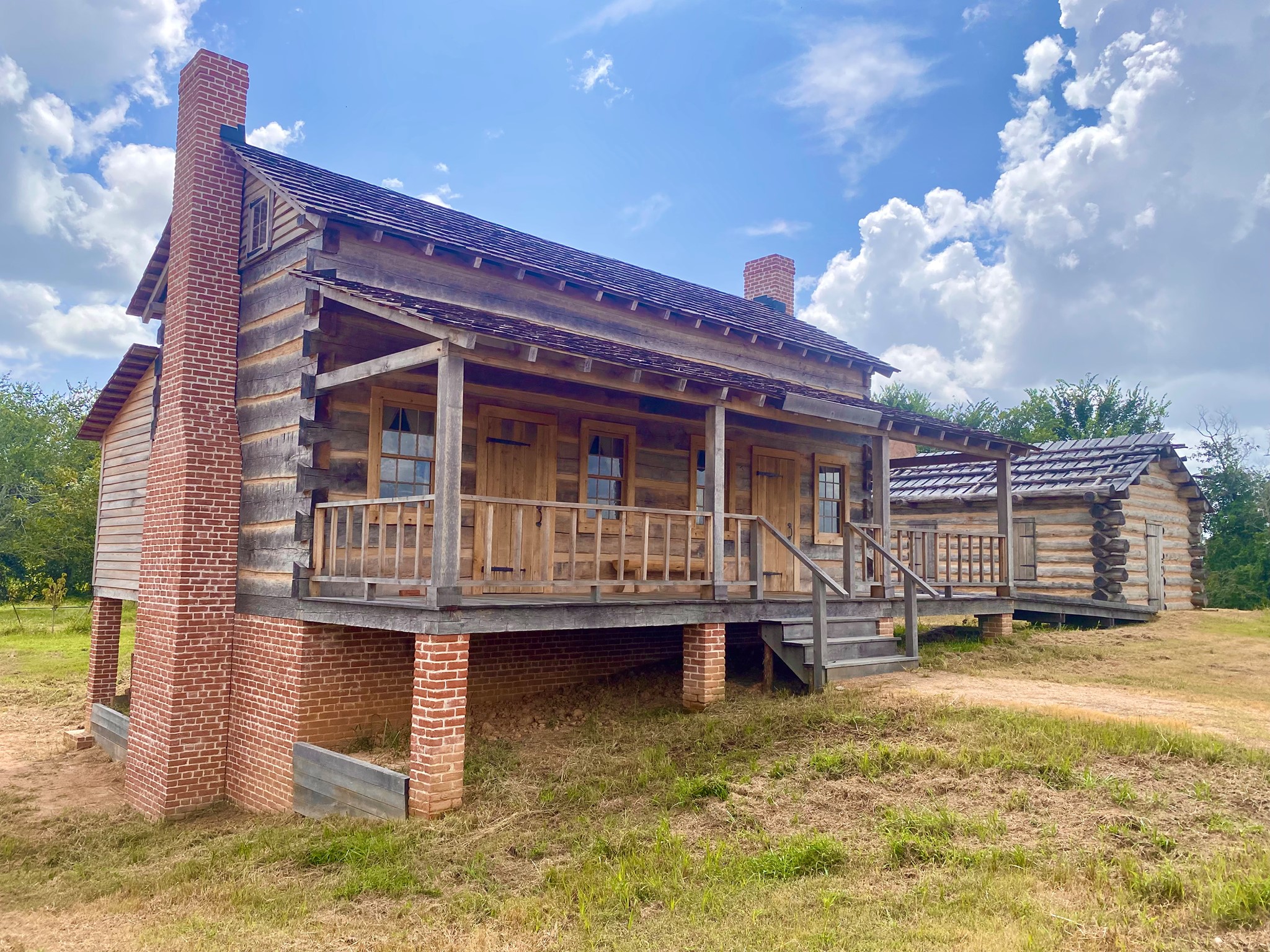 The San Felipe de Austin State Historic Site (SHS), operated by the Texas Historical Commission, will open a new outdoor exhibit the weekend of November 13th and 14th. The Villa de Austin is a collection of newly constructed buildings that recreate the historic aura of the town of San Felipe de Austin, the headquarters of Stephen F. Austin’s Colony in Mexican Texas and the Revolutionary Capital of Texas where the initial war government challenged the Republic of Mexico and President Santa Anna before an eventual Texas declaration of independence. The site hosts an annual fall festival celebrating Stephen F. Austin – the Father of Texas – so this year’s event overlaps with the opening of this impressive new exhibit.

The historic townsite was destroyed by fire as part of a military strategy during the Texas war for independence. This new exhibit offers visitors a glimpse of what the town may have looked like during the Mexican Texas era when settlers were relocating to this area, primarily from the United States.

The Villa offers a wide variety of history settings and related programs. The exhibit includes: the Farmer’s Hotel and tavern, which also houses merchant operations and a cellar for storage; a commercial kitchen and outdoor bake oven associated with the hotel; the Texas Gazette  printshop with a working replica press to share stories of the first printer in Austin’s Colony; the Austin Academy and Pilgrim Sunday School building; a courthouse which hosted delegation meetings as political conflict festered between the federal government of Mexico and residents in the “foreign settlements” of Texas; and an Emigrant’s Dwelling, representing the stories of newcomers to this region. Additional programming will focus on surveying land and Austin’s land office, militia recruitment and drill (artillery and infantry), historic foodways demonstrations, and textile programs. The weekend will offer plenty of family-friendly activities and explorations including living history demonstrations, hands-on activities and more.

WHAT:           Opening Weekend for the new Villa de Austin exhibit at San Felipe de Austin SHS; event is family-friendly and admission-free (this weekend only)

For more information, go to www.visitsanfelipedeaustin.com or call the historic site at 979.885.2181 or you can contact the curator Bryan McAuley at bryan.mcauley@thc.texas.gov