The North American Electric Reliability Corporation (NERC), a nonprofit corporation responsible for overseeing US’ power grid, published a new report on the risk of rolling blackouts if persistent cold weather is observed this winter.

The report identifies Texas as having the weakest power grid if extreme cold weather were to strike. 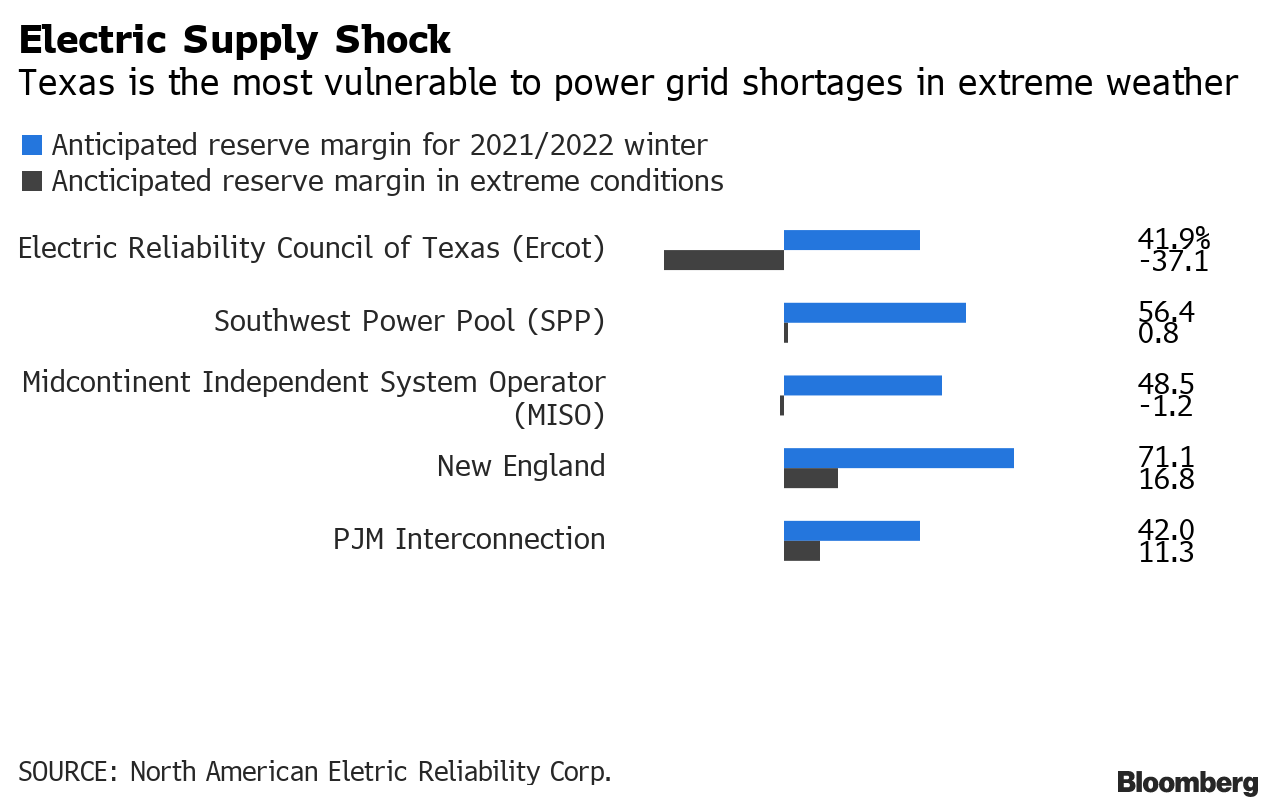 “Extreme weather events, including extended durations of colder than normal weather, pose a risk to the uninterrupted delivery of power to electricity consumers,” the report said, adding that power grids might have to use “rolling blackout procedures to ensure that no critical infrastructure loads (e.g., natural gas, telecommunications) would be affected.”

Power grids are expected to have sufficient supplies under normal operating conditions between the three months. But if unseasonably cold weather is observed, fossil fuel generators (powered by crude, coal, or natural gas) may experience shortages due to supply constraints.

For instance, the report warns about potential coal delivery problems:

“Coal delivery problems by rail can impact the operation of coal-fired electricity generation; likewise, the economics of electricity and energy markets can affect coal supplies. Coal supplies in North America are being affected by the current global energy shortage,” the report said, pointing out that supplies are dwindling ahead of winter. 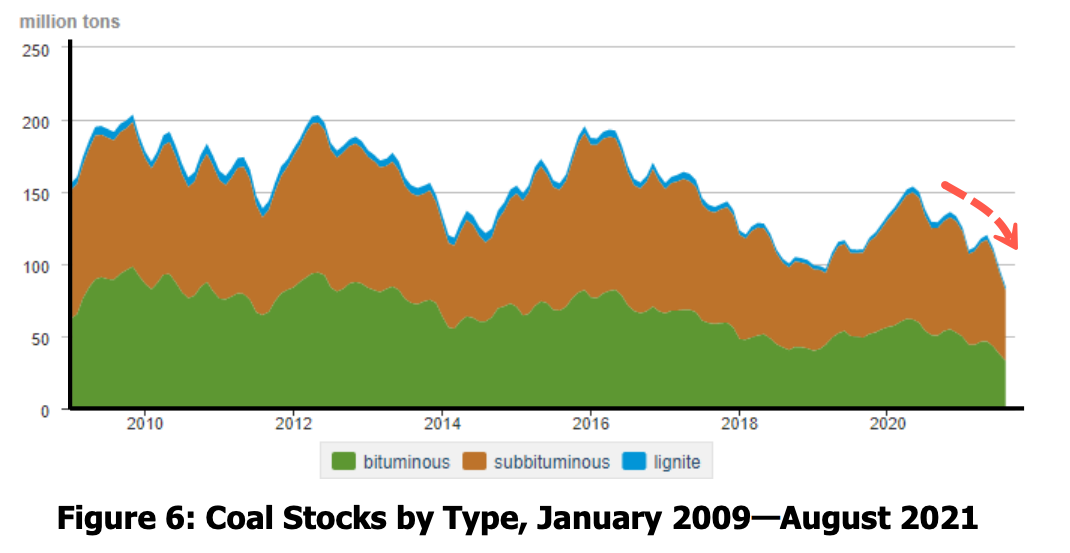 In early October, we quoted Ernie Thrasher, CEO of Xcoal Energy & Resources LLC., who said US utilities are quickly turning to coal generation because of soaring natural gas prices.

“We’ve actually had discussions with power utilities who are concerned that they simply will have to implement blackouts this winter,” Thrasher warned.

He said, “They don’t see where the fuel is coming from to meet demand,” adding that 23% of utilities are switching away from gas this fall/winter to burn more coal.

We recently noted that due to unprecedented demand, resource companies had sold every piece of coal they will extract from the ground for 2022. “It’s pretty much sold out,” Peabody CEO Jim Grech said last month. “We only have a small portion left to be sold for 2022 and for 2023.”

A La Nina winter means below-average temperatures for parts of the northern hemisphere. Hopefully, an energy crisis like the one playing out in Europe and China isn’t headed for the US.

This article appeared at ZeroHedge.com at:  https://www.zerohedge.com/commodities/rolling-blackouts-possible-texas-midwest-if-extreme-cold-winter