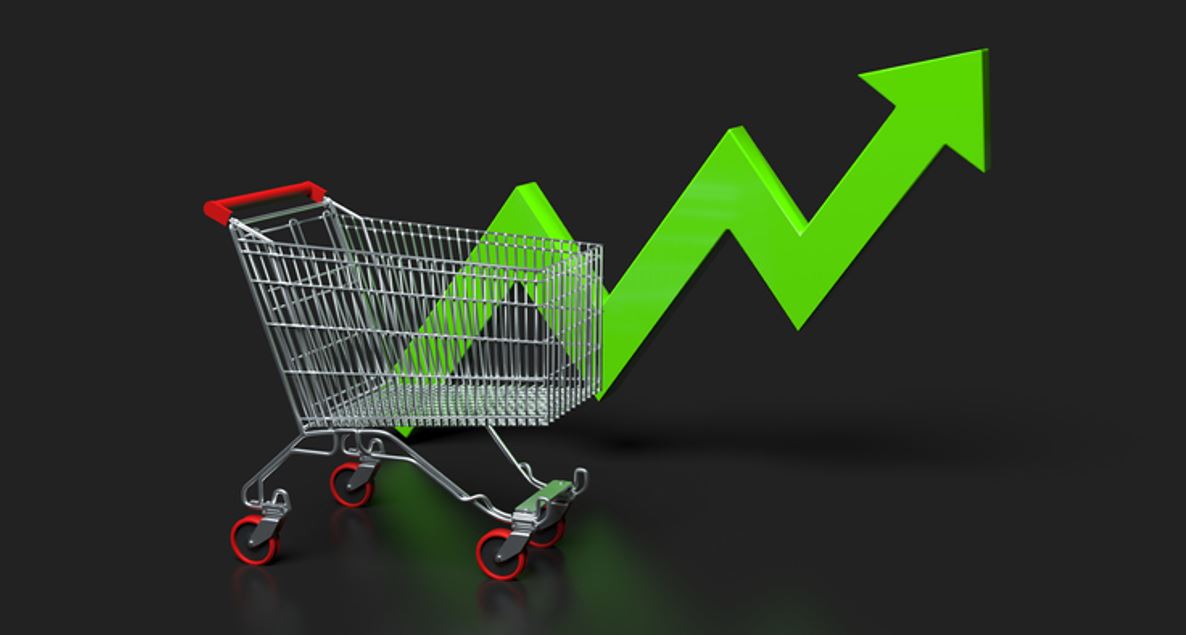 According to a new report released Wednesday by the US Bureau of Labor Statistics, the Consumer Price Index increased in March by 8.6 percent, measured year over year (YOY). This is the largest increase in more than forty years. To find a higher rate of CPI inflation, we have to go back to December 1981, when the year-over-year increase was 9.6 percent.

March’s surge in consumer price inflation is also the twelfth month in row during which the increase is well above the Federal Reserve’s arbitrary 2 percent inflation target. March’s CPI inflation rate was up from February’s rate of 7.9 percent. The month-over-month increase (seasonally adjusted) was 1.2 percent, which was the highest since September 2005.

The price inflation was driven largely by increases in energy prices (rising 32 percent, YOY) and by “food at home”—i.e., grocery prices—which were up 10 percent. Used cars also continued to show big price increases with a year-over-year jump of 35.3 percent.

Not surprisingly, we find that wages are not keeping up with price inflation. While the CPI rose by 8.6 percent, average hourly earnings only rose by 5.56 percent.

This was a gap of 3 percent between price inflation and earnings, and the largest gap since April 2021.

Not coincidentally, this price inflation comes after two years of rapid increases in the money supply. M2, for example, has risen by 40 percent since January of 2020. M2 inflation had risen rapidly during the decade following the 2008 financial crisis as well. Today, $12 trillion of the existing $21 trillion was created by the central bank after 2009. That means 60 percent of today’s entire M2 money supply was created in only the past fourteen years.

Given this obsession with higher prices, central bankers were naturally unequipped to deal with reality when inflation began to surge above their arbitrary 2 percent standard. Powell and other Fed officials throughout 2021 insisted that inflation would be no problem. And then when levels got more worrisome, this was declared to be “transitory.” When price inflation continued to rise, the Fed then insisted it had a plan. No plan materialized, but the Fed said that it would at some point in 2022 begin doing something to rein in inflation.

Now we’re at the stage of indulging in a blame game. For example, in her interview with Nick Timiraos of the Wall Street Journal Wednesday morning, Brainard repeated a litany of talking points about how inflation was due to covid and to the Russian invasion of Ukraine. When asked what the Fed will do about it, Brainard said it is difficult to guess what to do because the models aren’t perfect. Then she used the common Fed tactic of buying time by saying the Fed will make a decision about what to do in the future. Specifically, she announced the Fed will make a decision about reducing the Fed’s balance sheet in May. And after talking about it in May, the Fed might actually do something to reduce the balance sheet “in June.”

The basic message was “We have things under control, and inflation is really Putin’s fault.”

However, attempting to blame rising prices on Russia or covid or logistical snags misses a key point. If rising prices were due to specific problems in the availability of certain commodities, this would not mean general, economy-wide increases in prices, as we see now. When price increases do not have their origins in monetary inflation—i.e., “printing money”—we can expect to see declining prices in goods and services as consumers prioritize and also begin to look toward goods and services less affected by those shortages and logistical problems. This is because there would be only so much money to go around, so some portions of the economy would experience price deflation. But when enormous amounts of new money have been created, we never see the expected deflation in some sectors. So, as we find in Wednesday’s CPI report, prices are once against rising across the board.

Meanwhile, the Biden administration and its friends in the media have tried to distract from falling real wages by pointing to “job growth” as evidence of an excellent economy.

Yet what they’re really pointing to is the current tight job market, which is itself a symptom of money inflation and price inflation. That is, it doesn’t necessarily make sense to portray job growth as a counterbalance to price inflation. Rather, the overheated job market we now see may simply be evidence of the fact we’re in the later stages of an inflationary cycle. As we’re already seeing, monetary inflation may bring rising wages, but it also brings rising prices for goods and services. And those increases are outpacing the wage increases.

This article appeared at at the Mises Wire at:  https://mises.org/wire/real-wages-fall-again-inflation-surges-and-fed-plays-blame-game/