Three employees were injured when an explosion at the TPC Group Plant in Port Neches rocked the area early Wednesday morning.

All employees in the refinery were accounted for and the three that were injured are being treated.  One person suffered a broken arm and the other has already been released from the hospital.  The last employee, a contractor, who was the most severely burned was flown to Memorial Herman in Houston for treatment. 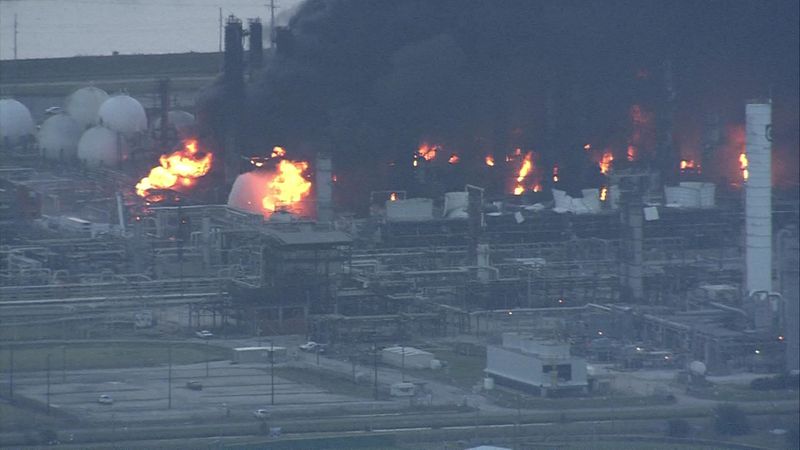 One gentleman’s security cameras caught the moment the explosion happened:

And, the second view:

Here is video near the site of the explosion showing the aftermath:

BREAKING: The TPC plant has exploded in Port Neches, near PNG High School. I’m being told there are no fatalities, but two people are injured. There is a mandatory evacuation for residents within a 1/2 mile radius of the plant. It happened shortly before 1 a.m. #12NewsNow pic.twitter.com/dSmWaTR9BB

Some even posted some of the damage that their house sustained from the concussion of the blast:

SO THANKFUL my nieces were not at their father’s home tonight. There’s been a large explosion and fire at a chemical plant in Port Neches, TX.

This is his home. Lots of houses damaged on the area. So far no fatalities reported. pic.twitter.com/ddxK2bc7Nj

A mandatory evacuation was issued by the Nederland Volunteer Fire Department: