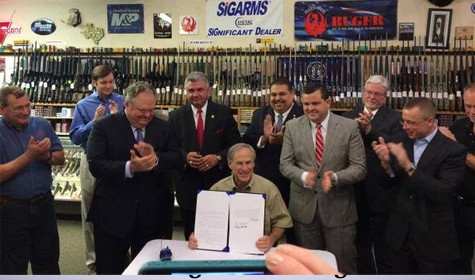 Many didn’t think it would happen but, Texas has joined the 44 other states in the union to allow open carry.  Governor Abbott announced on his Facebook Page that he had signed the legislation into law.

Here are the bullet points about HB 910 (Open Carry):

Because there is confusion concerning the new law, Edwin Walker, Program Attorney for Texas Law Shield (and who was present at the signing) talks about the details of the law Gov. Abbott just signed in the video below: