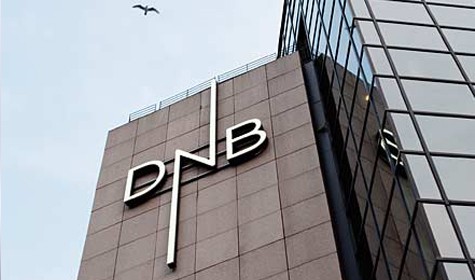 The war on cash is escalating faster than many had imagined. Having documented the growing calls from the elites and propagandist explanations of the “benefits” to their serfs over the last few years, with China, and The IMF entering the “cashless society” call most recently, International Business Times reports that Norway – suffering from its own economic collapse as oil revenues crash – has joined its Scandi peers Denmark and Sweden in a call to “ban cash.”

By way of background, as we explained previously, What exactly does a “war on cash” mean?

It means governments are limiting the use of cash and a variety of official-mouthpiece economists are calling for the outright abolition of cash. Authorities are both restricting the amount of cash that can be withdrawn from banks, and limiting what can be purchased with cash.

Why Now? Why are governments suddenly so keen to ban physical cash?

The answer appears to be that the banks and government authorities are anticipating bail-ins, steeply negative interest rates and hefty fees on cash, and they want to close any opening regular depositors might have to escape these forms of officially sanctioned theft. The escape mechanism from bail-ins and fees on cash deposits is physical cash, and hence the sudden flurry of calls to eliminate cash as a relic of a bygone age — that is, an age when commoners had some way to safeguard their money from bail-ins and bankers’ control.

Forcing Those With Cash To Spend or Gamble Their Cash

The conventional answer voiced by Mr. Buiter is that recession and credit contraction result from households and enterprises hoarding cash instead of spending it. The solution to recession is thus to force all those stingy cash hoarders to spend their money.

And the benefits of a cashless society to banks and governments are self-evident:

1. Every financial transaction can be taxed.

2. Every financial transaction can be charged a fee.

In fractional reserve systems such as ours, banks are only required to hold a fraction of their assets in cash. Thus a bank might only have 1 percent of its assets in cash. If customers fear the bank might be insolvent, they crowd the bank and demand their deposits in physical cash. The bank quickly runs out of physical cash and closes its doors, further fueling a panic.

The federal government began insuring deposits after the Great Depression triggered the collapse of hundreds of banks, and that guarantee limited bank runs, as depositors no longer needed to fear a bank closing would mean their money on deposit was lost.

But since people could conceivably sense a disturbance in the Financial Force and decide to turn digital cash into physical cash as a precaution, eliminating physical cash also eliminates the possibility of bank runs, as there will be no form of cash that isn’t controlled by banks.

So, when the dust has settled who ultimately benefits by this war on cash – government and the central banks, pure and simple.

Which explains why Norway’s biggest bank, DNB, has called for the country to stop using cash which is just the latest move in a country that has been leading the global charge toward electronic money in recent years, with several banks already not offering cash in their branch offices and some industries seeking to cut back on paper currency.

DNB’s proposal suggests eliminating the use of cash would cut down on black market sales and crimes such as money laundering.

“Today, there is approximately 50 billion kroner in circulation and [the country’s central bank] Norges Bank can only account for 40 percent of its use. That means that 60 percent of money usage is outside of any control. We believe that is due to under-the-table money and laundering,” Trond Bentestuen, a DNB executive, told Norwegian website VG, the Local reported.

“There are so many dangers and disadvantages associated with cash, we have concluded that it should be phased out,” he added.

The country has already moved in this direction. Bentestuen estimated that only about 6 percent of Norwegians use cash on a daily basis, with the numbers higher among elderly people.

Norway’s Ministry of Finance is opposed to the proposal, however, and other critics have raised concerns about privacy issues as well as how the change would affect tourists. Privacy advocates in Norway have expressed worries for years that, without cash, there would be no way for an individual to purchase something without being tracked.

In 2014, Finans Norge, a financial industry organization in Norway, said the country was on pace to be a cashless society by 2020, Ice News reported. While DNB said its proposal will take time to complete, executives suggested the country start phasing out cash by discontinuing the 1,000 kroner note so it could focus on updating its banking system.

“Eighty-five percent of our customers say that they never or only very rarely go to the bank. Therefore we think it is a mistake to maintain a very old structure with local branch offices. It is better to follow the customers and improve the offers where the customers are: digital,” Bentestuen said.

In the meantime, DNB and Norway’s second largest bank, Nordea, have already stopped using cash in their branch offices. And the movement toward a goal of no cash has been going on for a while. The Norwegian Hospitality Association pushed to eliminate consumers’ right to pay cash at all stores and restaurants in 2013, The Local reported.

Other countries including Denmark and Sweden have made similar pushes as their populations also rely largely on electronic money.

If allowed to continue, state wealth control will exist.

If you ask us, these radical and insane measures are a sign of desperation.

The War on Cash and negative interest rates are huge threats to your financial security.  Central planners are playing with fire and inviting a currency catastrophe.

This article originally appeared at ZeroHedge at:  http://www.zerohedge.com/news/2016-01-23/norways-biggest-bank-demands-cash-ban