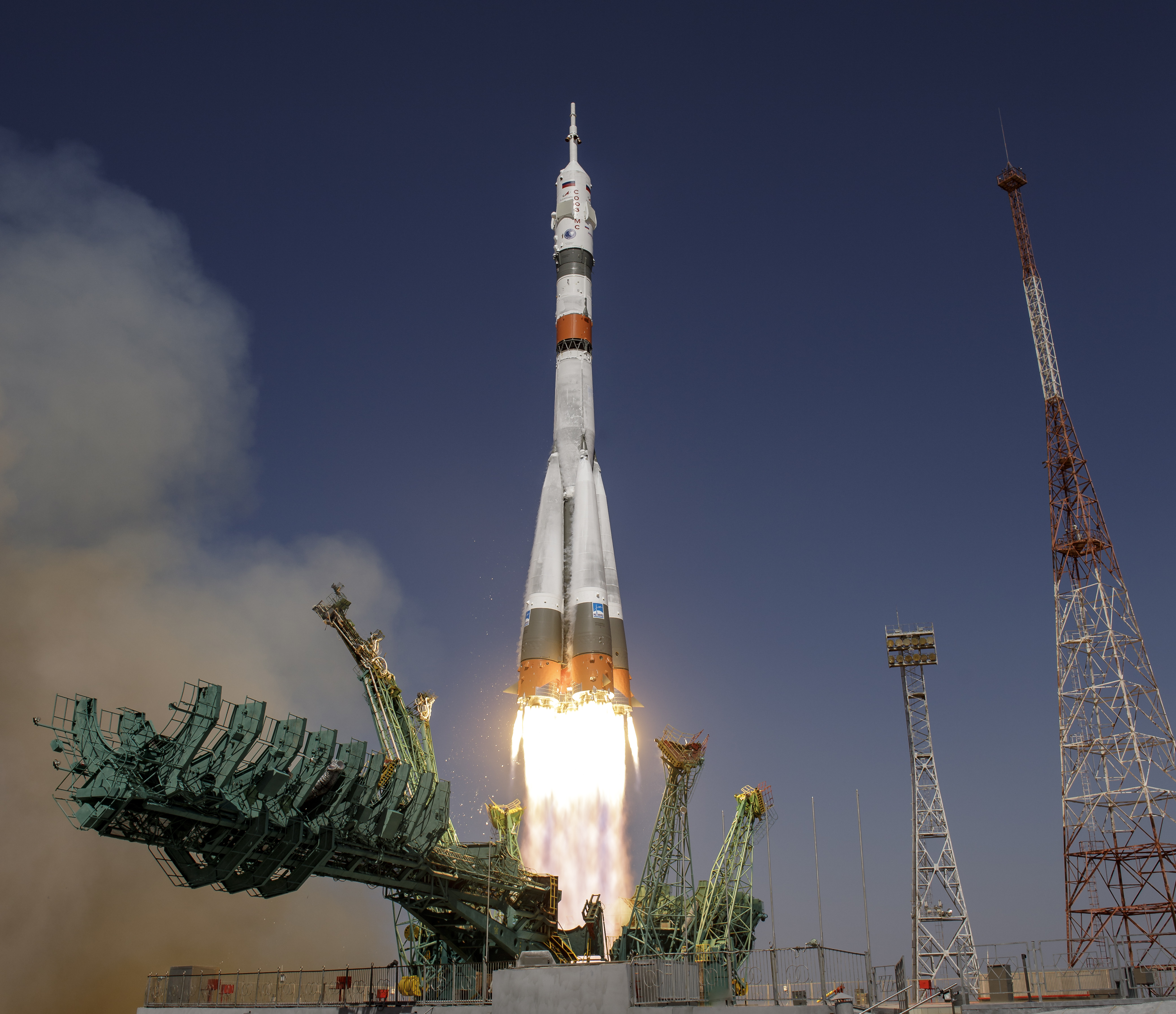 Making his fourth flight into space, Roscosmos cosmonaut Anton Shkaplerov will join actress Yulia Peresild and producer Klim Shipenko for the launch from the Baikonur Cosmodrome in Kazakhstan at 4:55 a.m. EDT Oct. 5 (1:55 p.m. Baikonur time). Their Soyuz MS-19 spacecraft will make a fast-track, two-orbit journey to dock to the station’s Rassvet module.

NASA’s coverage will begin at 4:15 a.m. on NASA TV, the NASA app, and the agency’s website. The spacecraft’s docking is expected to take place at 8:12 a.m., with NASA TV coverage beginning at 7:30 a.m.

About two hours after docking, hatches between the Soyuz and the station will open. The trio aboard will then join Expedition 65 Commander Thomas Pesquet of ESA (European Space Agency), NASA astronauts Mark Vande Hei, Shane Kimbrough and Megan McArthur, Aki Hoshide of the Japan Aerospace Exploration Agency, and Roscosmos cosmonauts Oleg Novitskiy and Pyotr Dubrov. Coverage of the hatch opening will begin at 9:30 a.m.

Peresild and Shipenko, who are making their first flights into space, will spend 12 days on the space station, filming segments for a movie titled “Challenge” under a commercial agreement between Roscosmos and Moscow-based media entities.

Peresild and Shipenko will return to Earth with Novitskiy Oct. 16 (Oct. 17 Kazakhstan time) on the Soyuz MS-18 spacecraft, which is currently docked at the space station, for a parachute-assisted landing on the Kazakh steppe. Shkaplerov will remain aboard the station through next March, returning with Vande Hei and Dubrov on the Soyuz MS-19 spacecraft. The return of Vande Hei and Dubrov will mark the end of a 355-day mission. Vande Hei will have completed the longest single spaceflight by an astronaut in U.S. history.

Keep up with the International Space Station, its research, and its crew: