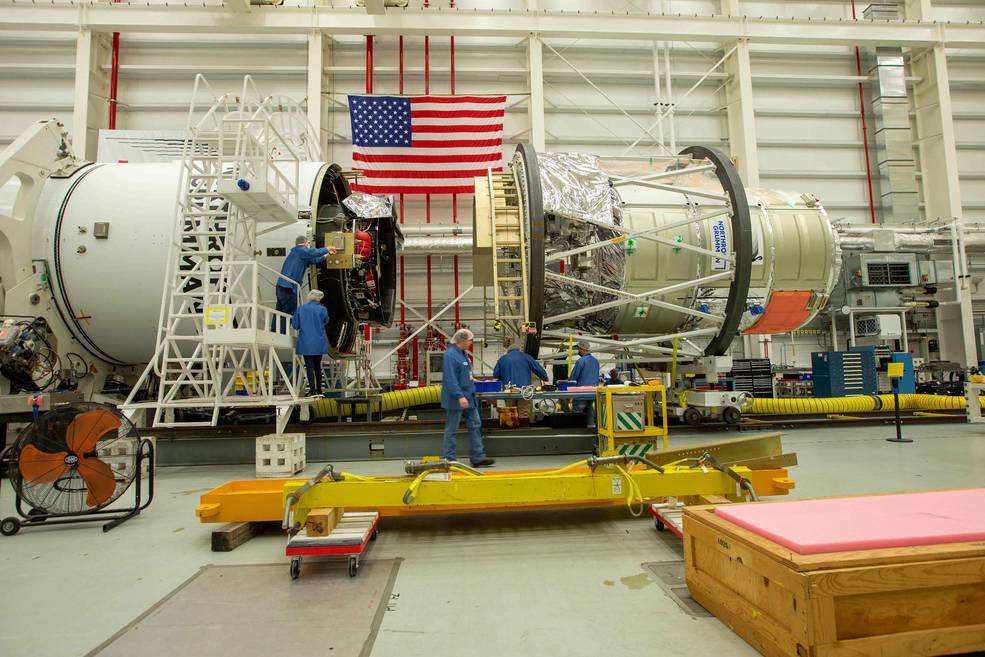 The Cygnus spacecraft, dubbed the SS Ellison Onizuka in honor of the first Asian American astronaut, will arrive at the space station Thursday, Aug. 12. At about 6:10 a.m., Expedition 65 NASA astronaut Megan McArthur will capture Cygnus with the station’s robotic arm, and ESA (European Space Agency) astronaut Thomas Pesquet will support her. After Cygnus capture, mission control in Houston will send ground commands for the station’s arm to rotate and install the cargo spacecraft on the Earth-facing port of the station’s Unity module.

Cargo resupply from U.S. companies ensures a national capability to deliver critical science research to the space station, significantly increasing NASA’s ability to conduct new investigations at this laboratory in space. Each resupply mission to the station delivers scientific investigations in the areas of biology and biotechnology, Earth and space science, physical sciences, and technology development and demonstrations. This Cygnus carries experiments that demonstrate 3D printing with dust, use engineered tissue to study muscle loss, and analyze growth of slime mold.

Cygnus also will carry a new mounting bracket that astronauts will attach to the port side of the station’s backbone truss during a spacewalk planned for late August. The mounting bracket will enable the installation of one of the next pair of new solar arrays at a later date.

Complete coverage of launch activities is as follows:

Media can submit questions during the prelaunch press conference by emailing Grey Hautaluoma at grey.hautaluoma-1@nasa.gov.

The Cygnus spacecraft is scheduled to remain at the space station until November when it will depart the station, disposing of several tons of trash during a fiery reentry into Earth’s atmosphere.