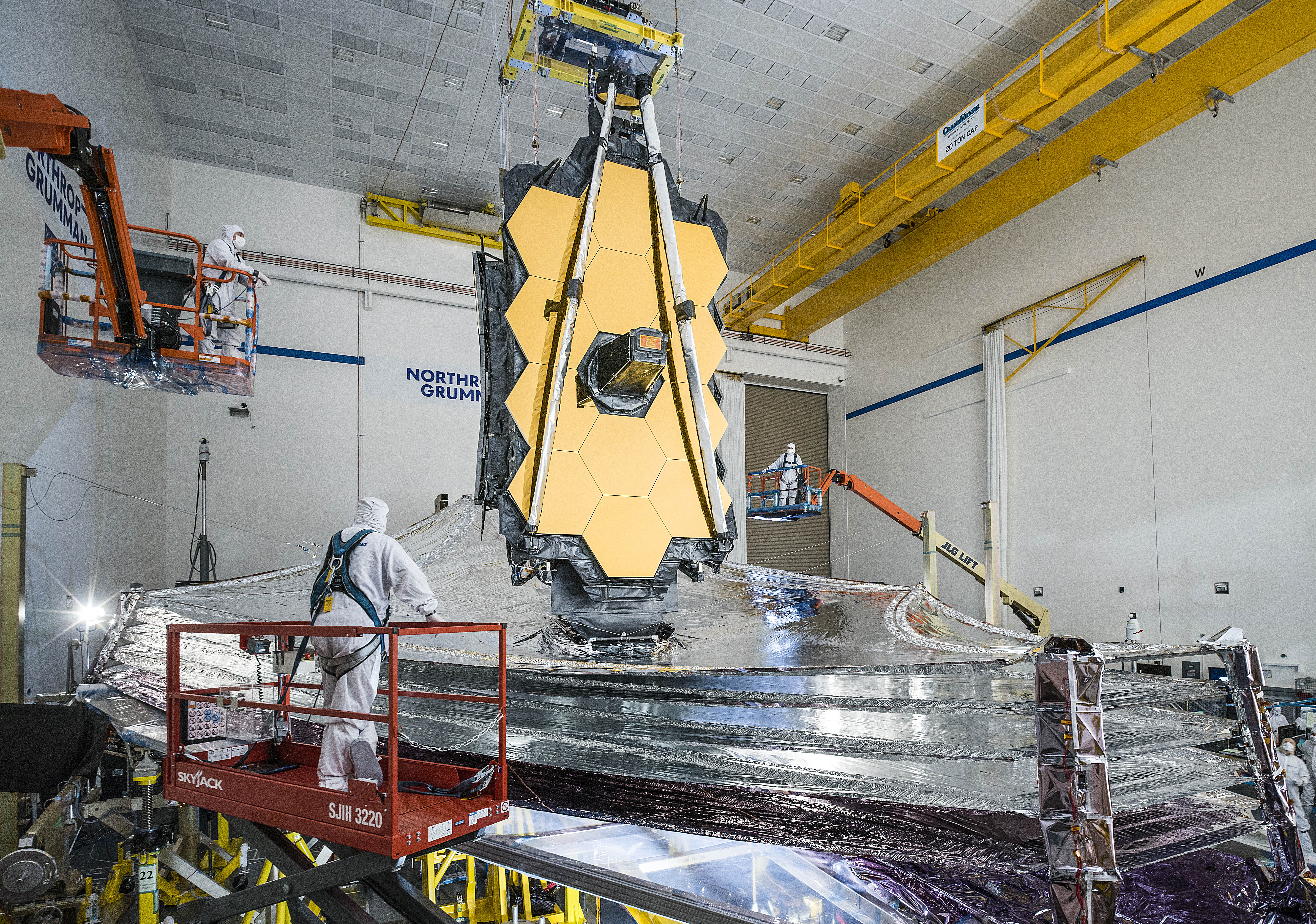 NASA will hold a virtual media briefing 11 a.m. EDT Tuesday, Nov. 2, to discuss the engineering of the James Webb Space Telescope, the world’s largest and most powerful space science telescope. Participants will discuss how the observatory’s science goals drove its design and preview the complex series of deployments Webb will complete as it unfolds in space.

The briefing will livestream on NASA TV, the NASA app, and the agency’s website.

The briefing participants are:

To participate by telephone, media must RSVP no later than two hours before the start of the briefing to Laura Betz at: laura.e.betz@nasa.gov and Alise Fisher at: alise.m.fisher@nasa.gov. Media and members of the public may also ask questions on social media using #NASAWebb.

The James Webb Space Telescope, an international partnership with the European and Canadian space agencies, is targeted for launch Dec. 18. It will explore every phase of cosmic history – from within our solar system to the most distant observable galaxies in the early universe, and everything in between. Webb will reveal new and unexpected discoveries, and help humanity understand the origins of the universe and our place in it.