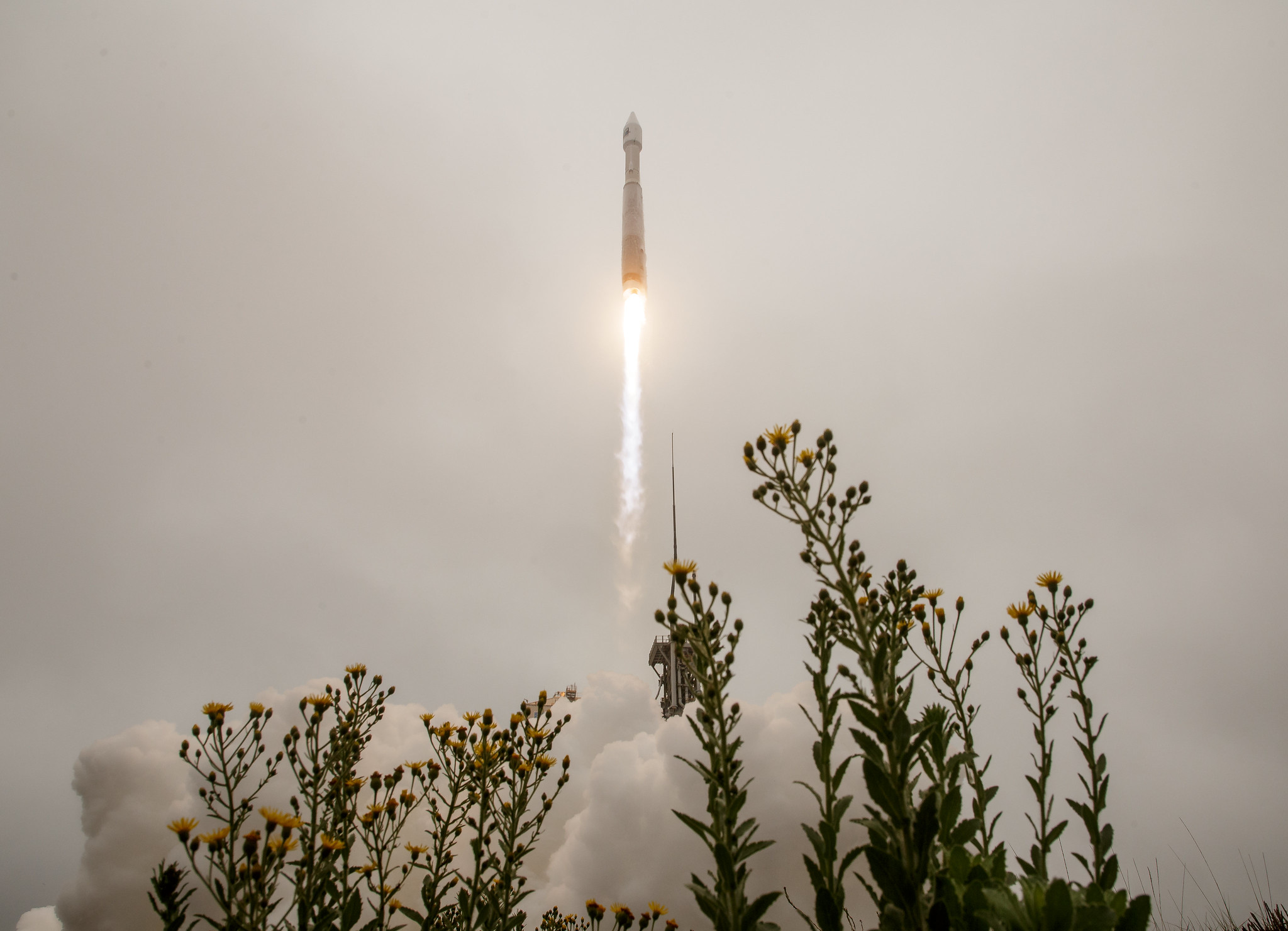 A joint mission with the U.S. Geological Survey (USGS), Landsat 9 lifted off on a United Launch Alliance Atlas V rocket from Vandenberg’s Space Launch Complex 3E. Norway’s Svalbard satellite-monitoring ground station acquired signals from the spacecraft about 83 minutes after launch. Landsat 9 is performing as expected as it travels to its final orbital altitude of 438 miles (705 kilometers).

“NASA uses the unique assets of our own unprecedented fleet, as well as the instruments of other nations, to study our own planet and its climate systems,” said NASA Administrator Bill Nelson. “With a 50-year data bank to build on, Landsat 9 will take this historic and invaluable global program to the next level. We look forward to working with our partners at the U.S. Geological Survey and the Department of the Interior again on Landsat Next, because we never stop advancing our work to understand our planet.”

“Today’s successful launch is a major milestone in the nearly 50-year joint partnership between USGS and NASA who, for decades, have partnered to collect valuable scientific information and use that data to shape policy with the utmost scientific integrity,” said Secretary of the Interior Deb Haaland. “As the impacts of the climate crisis intensify in the United States and across the globe, Landsat 9 will provide data and imagery to help make science-based decisions on key issues including water use, wildfire impacts, coral reef degradation, glacier and ice-shelf retreat, and tropical deforestation.”

The first Landsat satellite launched in 1972. Since then, NASA has always kept a Landsat in orbit to collect images of the physical material covering our planet’s surface and changes to land usage. Those images allow researchers to monitor phenomena including agricultural productivity, forest extent and health, water quality, coral reef habitat health, and glacier dynamics.

“The Landsat mission is like no other,” said Karen St. Germain, director of the Earth Science Division at NASA Headquarters in Washington. “For nearly 50 years, Landsat satellites observed our home planet, providing an unparalleled record of how its surface has changed over timescales from days to decades. Through this partnership with USGS, we’ve been able to provide continuous and timely data for users ranging from farmers to resource managers and scientists. This data can help us understand, predict, and plan for the future in a changing climate.”

“Landsat 9 will be our new eyes in the sky when it comes to observing our changing planet,” said Thomas Zurbuchen, associate administrator for science at NASA. “Working in tandem with the other Landsat satellites, as well as our European Space Agency partners who operate the Sentintel-2 satellites, we are getting a more comprehensive look at Earth than ever before. With these satellites working together in orbit, we’ll have observations of any given place on our planet every two days. This is incredibly important for tracking things like crop growth and helping decision makers monitor the overall health of Earth and its natural resources.”

The instruments aboard Landsat 9 – the Operational Land Imager 2 (OLI-2) and the Thermal Infrared Sensor 2 (TIRS-2) – measure 11 wavelengths of light reflected or radiated off Earth’s surface, in the visible spectrum as well as other wavelengths beyond what our eyes can detect. As the satellite orbits, these instruments will capture scenes across a swath of 115 miles (185 kilometers). Each pixel in these images represents an area about 98 feet (30 meters) across, about the size of a baseball infield. At that high a resolution, resource managers will be able to identify most crop fields in the United States.

“Launches are always exciting, and today was no exception,” said Jeff Masek, NASA Landsat 9 project scientist. “But the best part for me, as a scientist, will be when the satellite starts delivering the data that people are waiting for, adding to Landsat’s legendary reputation in the data user community.”

The USGS Earth Resources Observation and Science (EROS) Center in Sioux Falls, South Dakota, processes and stores data from the instruments, continuously adding that information to the five decades of data from all of the Landsat satellites.

All Landsat images and the embedded data are free and publicly available, a policy that has resulted in more than 100 million downloads since its inception in 2008.

NASA manages the Landsat 9 mission. Teams from NASA’s Goddard Space Flight Center in Greenbelt, Maryland, also built and tested the TIRS-2 instrument. NASA’s Launch Services Program, based at the agency’s Kennedy Space Center in Florida managed the launch of the mission. EROS will operate the mission and manage the ground system, including maintaining the Landsat archive. Ball Aerospace in Boulder, Colorado, built and tested the OLI-2 instrument. United Launch Alliance is the rocket provider for Landsat 9’s launch. Northrop Grumman in Gilbert, Arizona, built the Landsat 9 spacecraft, integrated it with instruments, and tested it.

To learn more about Landsat 9, visit: