NASA Deputy Administrator Among US Astronaut Hall of Fame Inductees 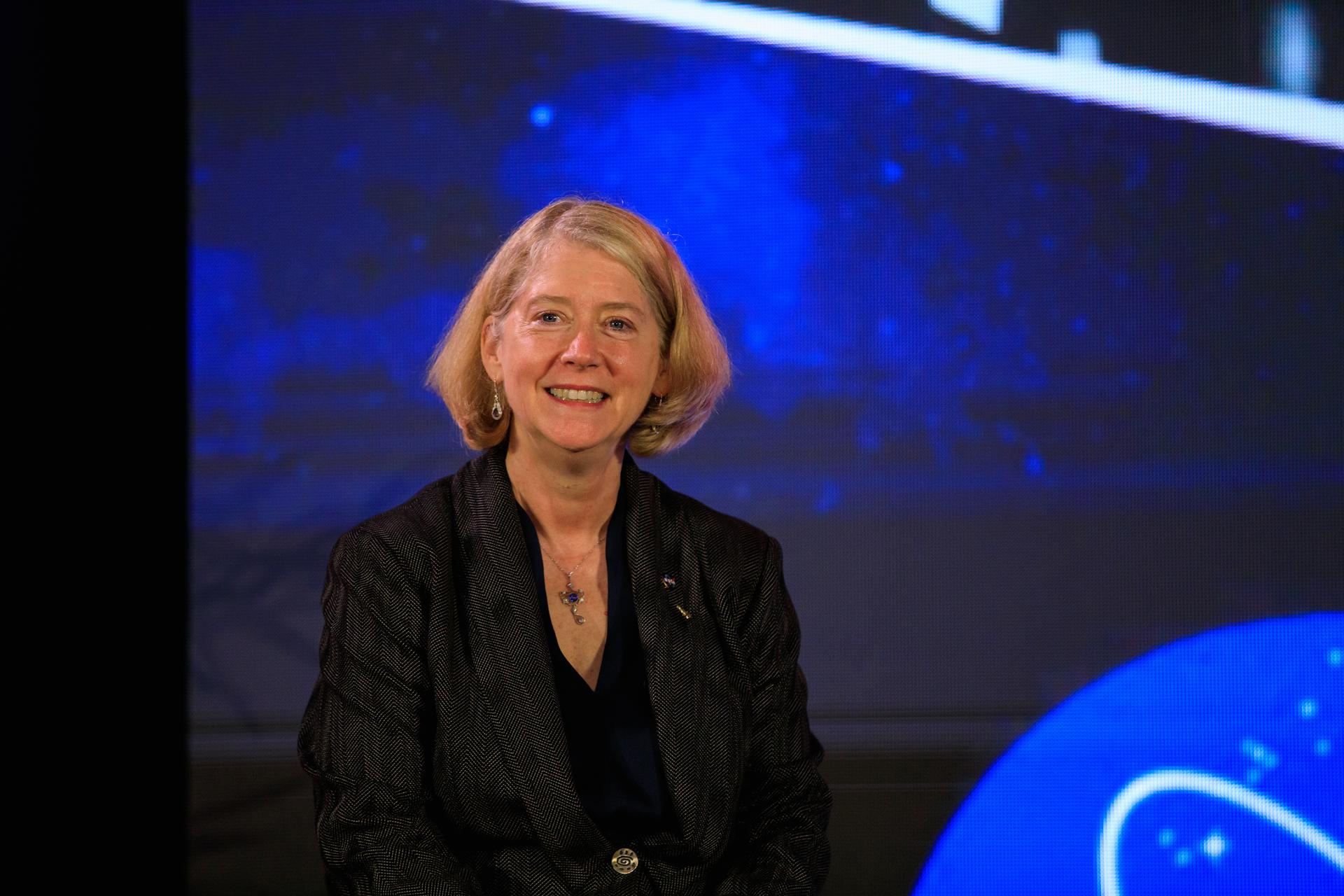 Melroy, Lopez-Alegria, and Kelly have spent a combined total of more than 635 days in space. They were honored for demonstrating outstanding accomplishments in furthering NASA’s mission of exploration and discovery.

“These three pioneers propelled upward and explored the heavens. They broke barriers and set records. They pushed the boundaries of humanity’s reach,” Nelson said. “Pam, Michael, and Scott, congratulations on this well-earned recognition. And thank you for daring us to keep looking upward and pushing outward into the unknown.”

Melroy was selected as a NASA astronaut in 1994. A veteran of three space shuttle missions, she served as pilot for two flights and commander for her third, making her one of only two women to command a space shuttle. Melroy logged more than 924 hours in space. She retired from NASA in 2007 and was sworn in as the agency’s deputy administrator on June 21, 2021.

“It is a great honor to be inducted into the U.S. Astronaut Hall of Fame together with my distinguished colleagues,” said Melroy. “Now we are building a program to achieve a series of objectives that will provide the blueprint to how we maintain a human presence in deep space as we explore the solar system, and then the universe. Those of us who had the incredible good fortune to go to space know that all of humanity is the crew of spaceship Earth, and it is our duty to care for each other and our home planet.”

NASA selected Kelly as an astronaut in 1996. He served as pilot on his first space shuttle mission and commander on his second. In October 2010, Kelly launched aboard the Soyuz TMA-A spacecraft to serve a tour of duty aboard the International Space Station and commander of Expedition 26. In March 2015, Kelly returned to the space station for a one-year mission, serving as a flight engineer and then commander. During the mission, almost 400 experiments were conducted on the station.

The agency selected Lopez-Alegria as an astronaut in 1992. He was a mission specialist for three flights aboard the space shuttle and served as commander of Expedition 14 aboard the space station from September 2006 to April 2007. Lopez-Alegria logged more than 257 days in space and performed 10 spacewalks, totaling 67 hours and 40 minutes.

The 2021 inductees were selected by a committee of Hall of Fame astronauts, former NASA officials, flight directors, historians, and journalists. The process is administered by the Astronaut Selection Foundation, which was founded by the original seven Mercury astronauts in 1984. To be eligible, an astronaut must have made his or her first flight at least 17 years before the induction and have been retired from NASA for at least five years. Each candidate must be a U.S. citizen and a NASA-trained commander, pilot, or mission specialist who has orbited Earth at least once.

The Astronaut Selection Foundation has awarded more than $7 million to more than 600 college students majoring in science, technology, engineering, and mathematics studies.