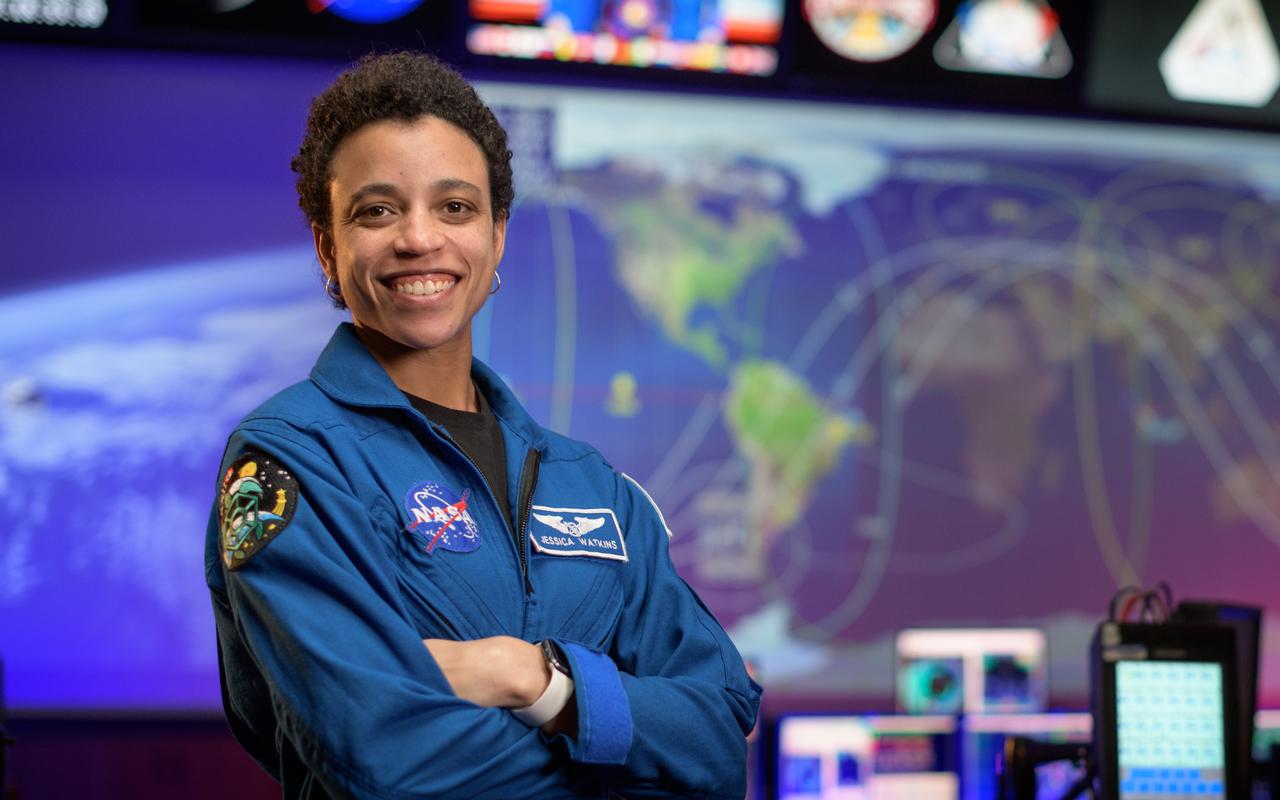 This will be Watkins’ first trip to space following her selection as an astronaut in 2017. Watkins joins NASA astronauts Kjell Lindgren and Robert Hines, as well as ESA (European Space Agency) astronaut Samantha Cristoforetti, as a crew member for the Crew-4 mission.

NASA previously announced the assignments of Lindgren and Hines as spacecraft commander and pilot, respectively, in February, and ESA announced Cristoforetti as a mission specialist for the mission in May.

Crew-4 is scheduled to launch in April 2022 on a SpaceX Falcon 9 rocket from Launch Complex 39A at NASA’s Kennedy Space Center in Florida for a six-month science mission aboard the microgravity laboratory.

Watkins was born in Gaithersburg, Maryland, and considers Lafayette, Colorado, her hometown. She earned a bachelor’s degree in geological and environmental sciences from Stanford University and a doctorate in geology from the University of California, Los Angeles. Dr. Watkins conducted her graduate research on the emplacement mechanisms of large landslides on Mars and Earth. She began her career at NASA as an intern and has worked at the agency’s Ames Research Center in California and NASA’s Jet Propulsion Laboratory in Southern California. At the time of her astronaut selection, Watkins was a postdoctoral fellow in the Division of Geological and Planetary Sciences at the California Institute of Technology, where she collaborated as a member of the Science Team for the Mars Science Laboratory rover, Curiosity.

For more than 21 years, humans have lived and worked continuously aboard the International Space Station in low-Earth Orbit, advancing scientific knowledge, demonstrating new technologies, and making research breakthroughs not possible on Earth.

Through the Commercial Crew Program and broader commercial efforts, NASA is working with private industry to develop human space transportation services and a robust low-Earth orbit economy that enables the agency to focus on building spacecraft and rockets for deep space missions to the Moon and Mars.