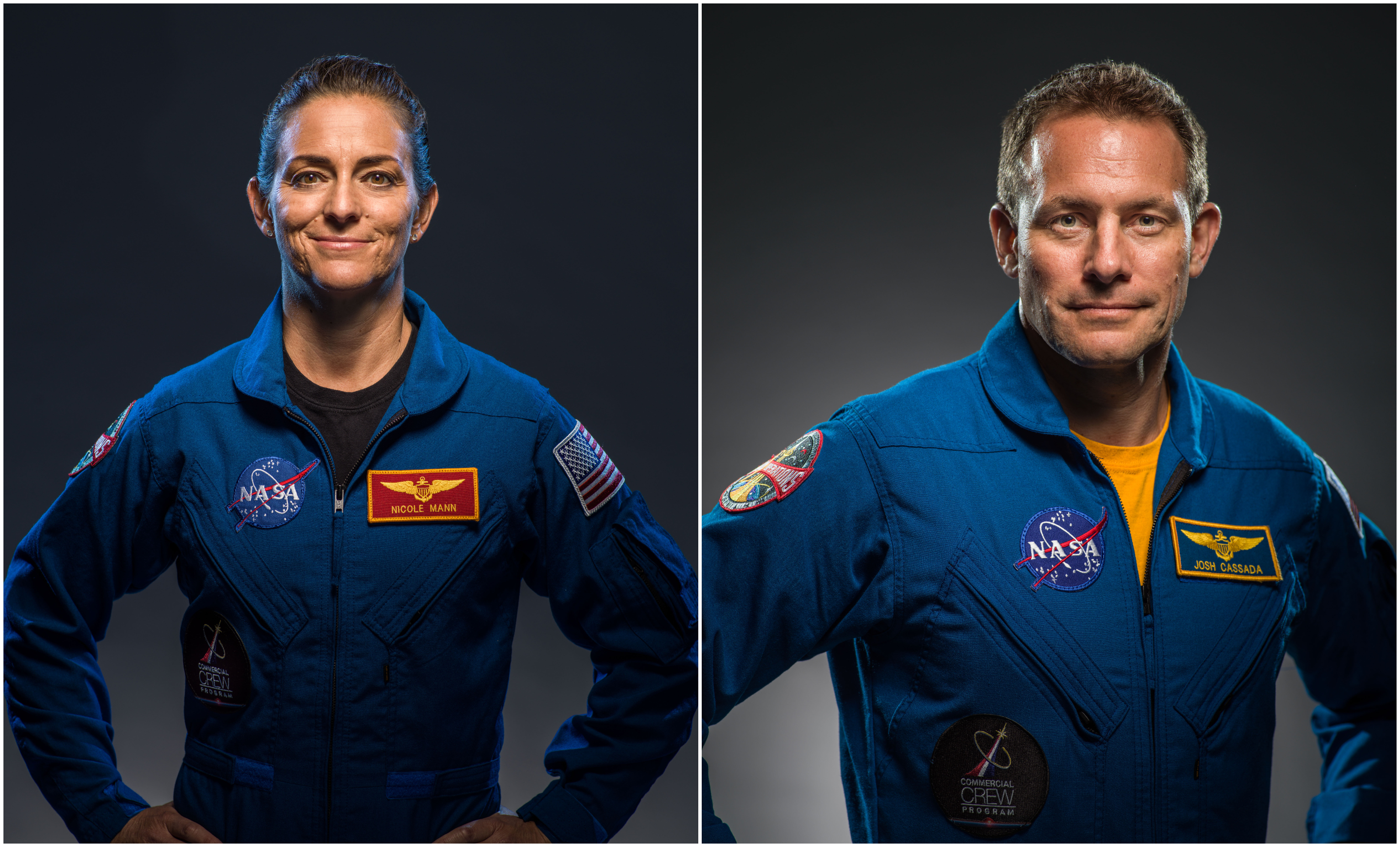 Mann and Cassada will serve as spacecraft commander and pilot, respectively, for the Crew-5 mission. Additional crew members will be announced later.

Crew-5 is expected to launch no earlier than fall 2022 on a Falcon 9 rocket from Launch Complex 39A at NASA’s Kennedy Space Center in Florida. The duo and their crewmates will join an expedition crew aboard station for a long duration stay to conduct science activities for the benefit of humanity and exploration.

“Nicole and Josh have done a tremendous job pioneering the training and path forward for astronauts to fly on Boeing’s Starliner spacecraft. They have gained experience that they will take forward as they train to fly in SpaceX’s Crew Dragon spacecraft and serve aboard the International Space Station,” said Kathryn Lueders, associate administrator of the Space Operations Mission Directorate at NASA Headquarters in Washington. “The NASA team is fortunate to have two commercial crew partners and will continue to work with Boeing and SpaceX to prepare NASA astronauts and our international partners to fly to and from the International Space Station on U.S. spacecraft.”

Mann and Cassada previously were assigned to missions on NASA’s Boeing Crew Flight Test and NASA’s Boeing Starliner-1 mission, respectively. NASA decided it was important to make these reassignments to allow Boeing time to complete the development of Starliner while continuing plans for astronauts to gain spaceflight experience for the future needs of the agency’s missions.

NASA astronauts Butch Wilmore, Mike Fincke, and Suni Williams will continue to provide experience for Boeing as the agency prepares for NASA’s Boeing Crew Flight Test. Additional Boeing flight assignments will be made in the future.

Mann is a California native and a colonel in the Marine Corps. She earned a Bachelor of Science in mechanical engineering from the United States Naval Academy and a Master of Science in mechanical engineering with a specialty in fluid mechanics from Stanford University. She is an F/A-18 test pilot with more than 2,500 flight hours in more than 25 aircraft. NASA selected Mann as an astronaut in 2013. This will be her first trip to space.

“It has been the opportunity of a lifetime to train on a brand-new spacecraft, the Boeing Starliner, and it has been fantastic to work with the Boeing team,” Mann said. “I am thrilled to have the opportunity to train on another new spacecraft – the SpaceX Crew Dragon – and appreciate the teams at NASA who have made that possible. I am ready to fly and serve on the International Space Station.”

Cassada grew up in White Bear Lake, Minnesota, and is a physicist and U.S. Navy test pilot. He attended college in Michigan and then completed his Ph.D. research at Fermi National Accelerator Laboratory before becoming a naval aviator. Cassada has accumulated more than 4,000 flight hours in over 45 different aircraft. NASA selected him as an astronaut in 2013. This will be his first spaceflight.

“It has been great to spend the last few years training with the joint Boeing and NASA team, and I am really looking forward to now have a chance to also train with SpaceX on a new spacecraft. Cross training on both programs is a unique opportunity to learn, but also to provide valuable insight to future astronauts flying these spacecraft,” Cassada said. “And, of course, Nicole and I are incredibly excited to get to work aboard the International Space Station, executing current operations and also contributing to future exploration beyond low-earth orbit.”

For more than 20 years, NASA has continuously had astronauts living and working aboard the International Space Station, advancing scientific knowledge and demonstrating new technologies, making research breakthroughs not possible on Earth. As a global endeavor, 242 people from 19 countries have visited the unique microgravity laboratory that has hosted more than 3,000 research and educational investigations from researchers in 108 countries.

The station is a critical testbed for NASA to understand and overcome the challenges of long-duration spaceflight and to expand commercial opportunities in low-Earth orbit. As commercial companies focus on providing human space transportation services and developing a robust low-Earth orbit economy, NASA is free to focus on building spacecraft and rockets for deep space missions to the Moon and Mars.