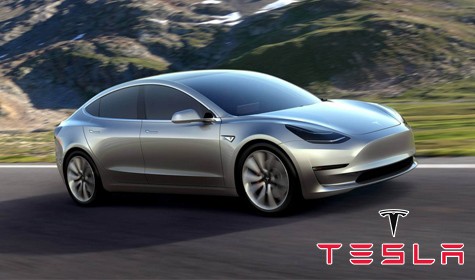 Shares of Lithium companies have surged after Tesla boosted its outlook for electric vehicles powered by batteries that use the element, sending the Solactive Global Lithium Index up by about a third since the middle of February.

And it does not look set to slowdown, as OilPrice.com’s James Stafford notes, the unveiling of Tesla’s Model 3 electric car was no less than the lifting of the final curtain on a game-changing energy revolution. And if we follow that revolution to its core, we arrive at lithium – our new gasoline for which the feeding frenzy has only just begun.

Unveiled just on 31 March and already with 325,000 orders, it seems that the market, too, understands that the Model 3 is more than just another electric vehicle. In one week alone, Tesla has racked up around $14 billion in implied future sales, making it the “biggest one-week launch of any product ever.” (And if you think the “implied future sales” negates the news, think again: Each order requires a $1,000 refundable deposit.)

It will change the world because it is the first hard indication that the tech-driven energy revolution is not only pending, it’s arrived. The Model 3 and its stunning one-week sales success—apparently achieved without advertising or paid endorsements–brings the electric car definitively into the mainstream, and there is no turning back now. Competitors will step up their game and the electric vehicle rush will be in full throttle—so will the war to stake out new lithium deposits.

If we reverse engineer the Model 3, we find lithium–the heart and soul of the energy revolution. While everything else is suffering from low prices and a supply glut, lithium is facing the over-charged demand, which opens a huge window of opportunity for new producers.

The Model 3, all by itself, will have a huge impact on lithium demand, which is already threatening to make supply impossible without exploration and production of new resources. At the end of the day, Tesla’s “huge step towards a better future” achieved by fast-tracking “the transition to sustainable transportation” comes down to lithium.

The lithium space is becoming a frantic game of who can get their hands on the choicest new mining acreage and who can launch new production fastest. And in North America, it’s all going down in the state of Nevada, which is the staging ground for a U.S. lithium boom that will feed the manufacturing beasts for everything from EVs, battery gigafactories, powerwalls and energy storage solutions to the long and growing list of consumer electronics that we use every day.

It is no less than a global scramble to secure new lithium supplies. Even before Tesla unveiled the Model 3 to smashing success, Goldman Sachs was predicting that for every 1% rise in EV market share, lithium demand would rise by 70,000 tons per year, and that overall, the lithium market could triple in size by 2025 just on the back of electric vehicles.

To ensure the success of its electric vehicles, Tesla is building a battery gigafactory just outside of Reno, Nevada, and it’s hoping to have enough lithium to make enough batteries to power 500,000 cars by 2020, according to Fortune magazine. Logically, it’s hoping to be able to source that lithium from Nevada as well, and all the new entrants into the lithium space are hungry to be put on Tesla’s future supplier list. But first they have to get it out of the ground.

All of this has made a previously dusty and unattractive area of Nevada—Clayton Valley—one of the most important and significant places in America. But Clayton Valley may just be the beginning.

According to Malcolm Bell, advisory board member and head of acquisitions for Nevada Energy Metals, Nevada may have a lot of fault traps outside of Clayton Valley with potential lithium deposits “hiding in plain sight”.

“The lithium business is not a flash in the plan; it is here to stay, and I am looking at it like the start of the oil boom in the U.S. when there were oil rigs and derricks nearly every 50 feet,” industry veteran Bell told Oilprice.com. And Nevada Energy Metals understands that lithium is exactly the mineral that is powering our future.

“Thanks to visionaries like Elon Musk, who has turned the transportation industry on its ear, we have a new commodity that looks like it is here to stay. I feel that a lot of people underestimate the green energy movement and the role that Lithium plays in it.”

The electric car is no longer elite. Now it’s for the masses, and the masses will need more lithium than we can currently get our hands on. It’s a wide-scale energy revolution that will end being—in hindsight—the first nail in the coffin for fossil fuels and the heralding of a new era of lithium, the “white petroleum”.

This article appeared at ZeroHedge.com at:  http://www.zerohedge.com/news/2016-04-22/lithium-stocks-soar-after-epic-launch-tesla-model-3