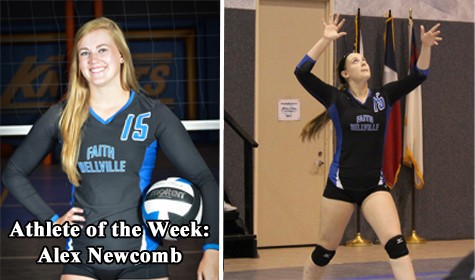 The Lady Knights of Faith Academy Bellville embarked on their second week of district play and hosted Legacy Prep Magnolia on Tuesday, September 29. With an all around team effort, Faith Academy won the match-up in 3 sets (25-14, 25-8, 25-14).  Three players (Alex Newcomb, Lacy Phillips, Julia Catlett) contributed with 5 service aces apiece in the victory.

On Thurs, October 1st, the Lady Knights met up with Conroe Calvary and returned with a 3-0 victory.  With a team attack average of .271 and 22 total service aces, the Lady Knights really went to work on the court.