“It’s A Disaster Like I’ve Never Seen Before”: 2019 Could Be Worst Year Ever For US Corn Farmers

The amount of corn produced in the United States this year is going to be way below expectations.  The Department of Agriculture just slashed its harvest estimates quite dramatically in its June report, but some farmers in the Midwest believe that those reduced projections are still way too optimistic.  As previously detailed, millions upon millions of acres will go unplanted this year, but that is only part of the story.  Much of the corn that has actually been planted is coming up very slowly due to the exceedingly poor conditions, and corn farmers all over the Midwest are reporting that their plants look absolutely terrible.  If we get picture perfect weather between now and harvest time, this will simply be a terrible year.  But if severe heat and/or an early frost hits the Midwest, this could very easily be the worst year that we have ever seen for corn farmers in the United States.

The other day, Illinois farmer James McCune gathered a large number of his fellow corn farmers for a “Prevent Plant Party”, and the mainstream media showed up to cover it.  The following is from CNBC’s coverage of the event…

James McCune, a farmer from Mineral, Illinois, was unable to plant 85% of his intended corn acres and wanted to commiserate with his fellow farmers by hosting the “Prevent Plant Party” at The Happy Spot. He invited them to swap stories while tucking in to fried chicken and a keg of beer in Deer Grove, a village of about 50 people located 120 miles west of Chicago.

“Everybody’s so down in the dumps,” McCune said.

In addition, McCune told Fox Business that this year is “a disaster like I’ve never seen before”, and he said that some of his neighbors got even less corn planted than he did…

“It’s a disaster like I’ve never seen before,” McCune told FOX Business. “My neighbors didn’t get 90 percent of their corn planted.”

After non-stop rain plagued the region this spring – when corn farmers typically get seed in the ground – most have decided time is now too short and are choosing not to plant.

As bad as things are in Illinois right now, the truth is that some neighboring states are in even worse shape.

That is an unmitigated disaster, because the time for planting corn has now passed.

Needless to say, the farmers that were not able to plant crops have been absolutely flooding their insurance companies with claims.  Just check out this quote…

“We get pockets of claims every year,” said Luke Sandrock of the Cornerstone Agency insurance company. “We have 1-2 percent of our clients (who typically file). This year, it’s over 90 percent, and so we’ve just never dealt with it on this size of a scale before.”

But it is imperative to remember that even if farmers were able to get their fields planted, that does not mean that everything is going to be okay.

In fact, corn farmers all over the Midwest are deeply distressed by what is emerging from the ground.  In his entire farming career, James McCune has never seen anything like this…

A smartphone could fit in the space between James McCune’s index finger and thumb as the Illinois farmer describes the height of crops stunted by incessant rain and unseasonably cool weather.

“We planted some stuff that was not pretty,” said corn farmer Rob Sharkey. “But I didn’t have a choice. We did not get conditions that were right for planting, so we went when we could. It’s ugly.”

We’ll see what happens, but right now we are facing an unprecedented nightmare in the heartland of America.

It is exceedingly difficult to grow corn in soil that is absolutely saturated with water.  Some farmers are saying that it is literally going to take “years” to recover from this disaster, and many will never be able to go back to farming again because they have been financially ruined. 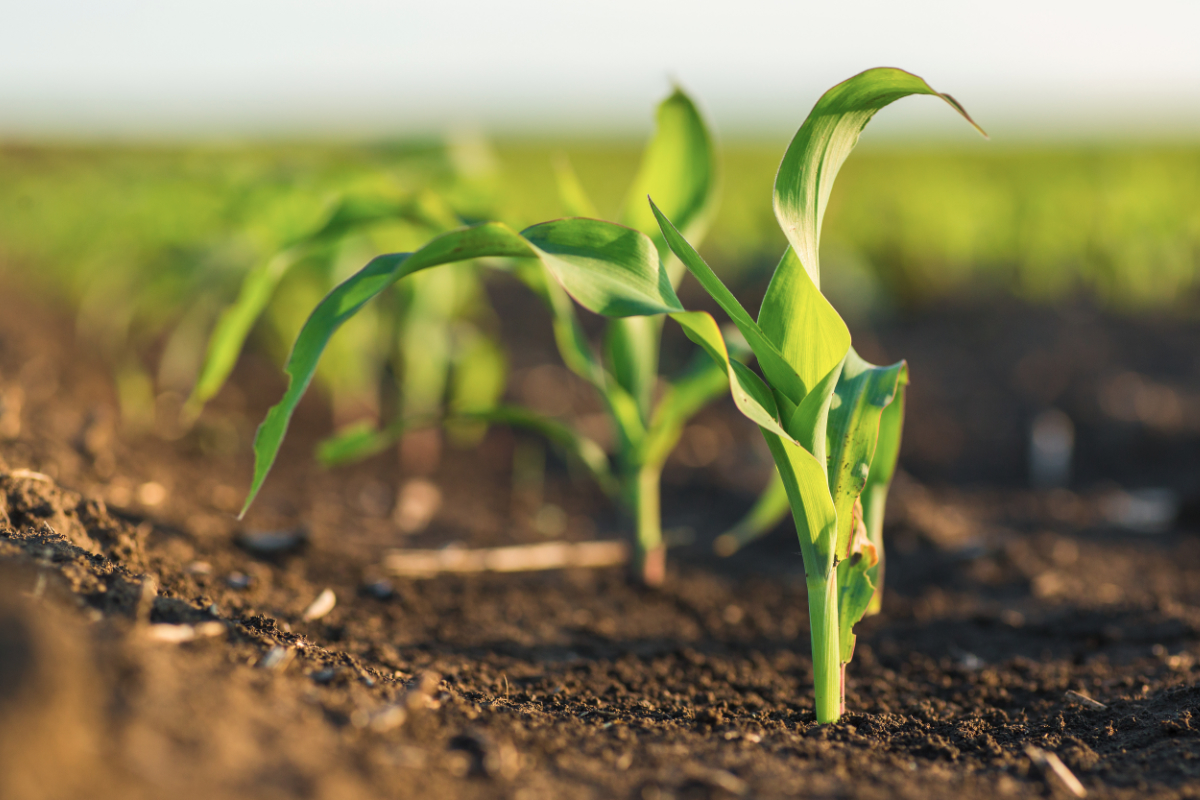 Of course there are many farmers that are doing their very best to soldier on, but it is tough.  Illinois farmer Mike Thacker was able to get 60 percent of his fields planted, but at this point he is not happy with a single field…

Mike Thacker, a farmer in Walnut, Illinois, planted about 1,600 acres of corn, or 60% of what he planned. He is reluctant to plant more because yields typically decline the later a crop is planted.

Thacker said corn that has started emerging from the ground is shorter than normal. He was not happy with even one field.

“It makes you feel terrible,” Thacker said at the party.

But as state previously, if the weather is ideal between now and harvest time, 2019 will just be a terrible year.

However, a major heat wave this summer would be absolutely catastrophic, and if there is an early frost it “will turn this world upside down”…

Farmers think more cuts are likely as the late-planted crop could face damage from hot summer weather and an autumn frost.

“An early frost will turn this world upside down,” Rock Katschnig, a farmer from Prophetstown, Illinois, said at the party.

So much of the corn that has been planted is way, way behind schedule, and so many Midwest farmers will push things for as long as possible when we get to harvest time.

But an early snap of cold weather could ruin those plans.

In any event, in the short-term U.S. consumers are going to be facing significantly higher prices at the grocery store.  Beyond that, we could potentially be facing the sorts of scenarios that most people don’t like to think about.

For the moment, more rain continues to hammer the middle of the country.  In fact, there was more flash flooding in the Midwest on Saturday…

The combination of two different frontal boundaries caused severe weather and flash flooding in parts of the Plains and Midwest on Saturday. There were over 130 reports of severe weather, including 17 reported tornadoes and numerous reports of straight-line winds of 70 to 80 mph across parts of Texas and Oklahoma.

Sadly, even more “heavy rain” is on the way, and some areas could see over 4 inches of precipitation early in the week…

Heavy rain is expected through Tuesday from Texas to Pennsylvania, with locally over 4 inches of rain expected and flash flooding in spots — especially parts of hard-hit Oklahoma and Arkansas.

I have been repeatedly writing about this crisis for the last couple of months, and now the mainstream media is finally starting to grasp the true gravity of this disaster.

In all of U.S. history we have never witnessed anything like this ever before.  We have seen endless rain and catastrophic flooding month after month so far in 2019, and the middle of the country is still getting pummeled at this moment.

Nobody knows exactly what the weather will look like during the critical summer months, but I have a feeling that the end result of this crisis will be far worse than any of the “experts” were anticipating.

This article appeared at ZeroHedge.com at:  https://www.zerohedge.com/news/2019-06-17/its-disaster-ive-never-seen-2019-could-be-worst-year-ever-us-corn-farmers