How Trillions in Newly Printed Money Created a Labor Shortgage 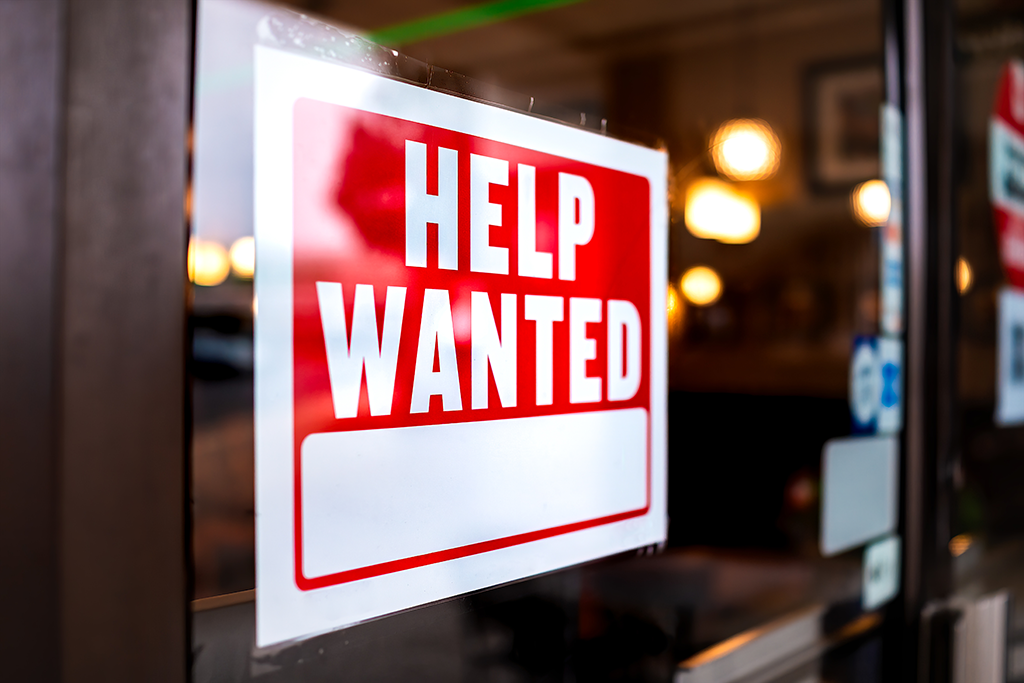 If you’re tired of binge-watching Netflix, there are likely a few restaurants in your neighborhood who would love to hire you. A job might help relieve the boredom.

On the other hand, why work when one can just be one of the more than 6 million former workers now collecting “pandemic unemployment insurance”? Those millions are in addition to the 3.6 million former workers collecting ordinary unemployment insurance. For many workers, these benefits now total $300 per week. In March, President Biden extended the program until September.

And then there are the many millions more who have recently received a piece of the third round of stimulus payments. All three bailouts combined to total around $460 billion in checks mailed out to Americans.

So, it shouldn’t be an enormous shock when we find out that many employers are having trouble finding workers. One McDonald’s restaurant is offering bonuses just for showing up for an interview. One eatery is offering a $400 sign-on bonus.

Nor is it just the service industry that can’t find workers. Construction employers are reporting shortages, as are trucking operations. The NBC affiliate out of Green Bay, Wisconsin, reports that the price of gas may increase because so few tank truck drivers can be found. The problem is “a lack of qualified drivers.”

There are no employees available in California. We are paying dishwashers $21 to start. The two main reasons people tell me they won't work: 1. They are making enough on unemployment and would rather not work; 2. With schools closed, they can't pay someone to watch their children

Even government employers—who tend to offer more job security and a lot more vacation time than private firms—are offering extra cash to get more applicants in the door.

Millions of Workers Have Also Left the Labor Force

An endless stream of unemployment checks isn’t the only thing fueling the worker shortage. Record numbers of Americans are leaving the labor force entirely.

Of the 100 million adult Americans who are out of the labor force, 6.5 million say they “want a job now.” Yet, for whatever reason they’re not collecting any wages, even in a time when we’re being told anyone can walk into a restaurant and get immediately hired.

In other words: yes, millions of Americans are being paid to stay home, but that’s not the whole picture. Millions more have given up looking for work altogether.

The Illusion of GDP Growth

This contrasts with the rosy picture of employment that the regime is now trying to paint. For example, we’re being told that the employment situation is excellent because the headline unemployment rate has fallen over the past year from 14.4 percent to 6.2 percent. That’s certainly a big improvement, but it also suggests that the number of unemployed job seekers remains high. An unemployment rate of 6.2 percent, after all, puts unemployment at a higher level than anything experienced between 1994 and 2008. It’s not exactly a “low” rate, and it’s nearly double the unemployment rate of April 2019 (3.3 percent). The narrative of an employment boom is so sketchy that even Fed personnel—i.e., Minneapolis Fed president Neel Kashkari—admits the unemployment rate is more like 9.5 percent.

And then there’s the unconvincing overall narrative of economic growth. As noted last week by Daniel Lacalle, one should naturally expect big increases in GDP when massive amounts of monetary stimulus have been pumped into the economy. GDP is based largely on spending, and spending goes up as trillions of new dollars are printed. Lacalle writes:

There is an overly optimistic consensus view about the speed and strength of the United States’ recovery that is contradicted by facts. It is true that the United States recovery is stronger than the European or Japanese one, but the macrodata shows that the euphoric messages about aggregate GDP growth are wildly exaggerated.

Of course gross domestic product is going to rise fast, with estimates of 6 percent for 2021. It would be alarming if it did not after a massive chain of stimuli of more than 12 percent of GDP in fiscal spending and $7 trillion in Federal Reserve balance sheet expansion. This is a combined stimulus that is almost three times larger than the 2008 crisis one, according to McKinsey. The question is, What is the quality of this recovery?

The answer is: extremely poor. The United States real growth excluding the increase in debt will continue to be exceedingly small. No one can talk about a strong recovery when industry capacity utilization is at 74 percent, massively below the level of 80 percent at which it was before the pandemic. Furthermore, labor force participation rate stands at 61.5 percent, significantly below the precovid level and stalling after bouncing to 62 percent in September. Unemployment may be at 6 percent, but it is still almost twice as large as it was before the pandemic. Continuing jobless claims remain above 3.7 million in April. Weekly jobless claims remain above 500,000 and the total number of people claiming benefits in all programs—state and federal combined—for the week ending March 27 decreased by 1.2 million to 16.9 million.

These figures must be put in the context of the unprecedented spending spree and the monetary stimulus. Yes, the recovery is better than the eurozone’s thanks to a fast and efficient vaccination rollout and the dynamism of the United States business fabric, but the figures show that a relevant amount of the subsequent stimulus plans have simply perpetuated overcapacity, kept zombie firms that had financial issues before covid-19 alive, and bloated the government structural deficit and mandatory spending.

So why the labor shortage?

As with GDP overall, it’s helpful to look to money printing as a partial explanation—we should absolutely expect to see a surge in demand for employment as a result of the central bank printing up trillions of dollars. In our money printing–based economy, printed money is being substituted for production. Thus, millions of workers can stay home while demand remains steady, or even increases. Idle workers still have a lot of dollars to spend. Demand continues upward even as production falls.

Contrast this with how a labor market works in a normal economy. In a normal economy, the fact millions of workers are electing to stay home rather than produce anything should have a depressing or stabilizing effect on the demand for labor. That is, 10 million or so idle workers would mean workers have far fewer dollars to spend. This in turn would mean less demand for goods and services such as restaurant meals and retail sales. This would then tend to keep wages flat as well.

As Say’s law reminds us, production must precede demand in a functioning economy. It is the act of producing goods and services which produces the income necessary to increase demand.

So what are the prospects for this labor bubble? In the short term we can hazard some guesses about what happens. Demand is likely to continue to increase, as is price inflation. As Warren Buffet recently highlighted at a shareholder meeting, “We are seeing very substantial inflation…. We are raising prices. People are raising prices to us and it’s being accepted.”

In the medium and long term this will mean reduced purchasing power for those relying on unemployment checks. How the employment bubble will play out beyond this summer, however, will depend somewhat on whether the federal government again extends benefits and at what payment level. If benefits remain flat, then the real value of benefits will decline and at least some workers are likely to more enthusiastically seek work again.

In any case, we’re still in the early stages of a boom fueled by unprecedented amounts of money creation. Trillions have flowed into households via “stimulus” checks and unemployment checks. Yet although there are growing signs of price inflation, consumer prices in many cases are still adjusting to the new realities of money supply greatly outpacing production.

For those looking for a chance to build some job experience, now is the time to do it. This wage and employment bubble is unlikely to last.

This article appeared at the Mises Wire at:  https://mises.org/wire/how-trillions-newly-printed-money-created-labor-shortgage/