How The C.I.A. Is Financing Al Qaeda 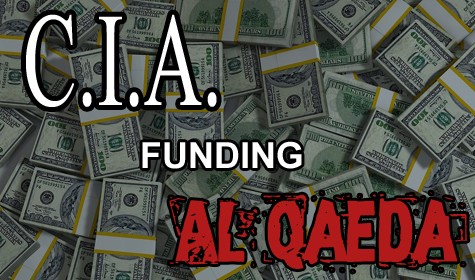 The New York Times is reporting in a March 14, 2015 article, that so far a total of $5 million dollars has ended up in Al Qaeda’s Coffers.  This is just the newest amount released in a long line of money that goes into the hundreds of billions of dollars over the last decade we have spent on the war in Iraq and Afghanistan, some of which has been siphoned off to enemy fighters.

This incident shows, like many other examples coming to light of how the United States, largely because of poor oversight and loose financial controls, has sometimes inadvertently financed the very militants it is fighting.

The details of the article are quite extensive but, the money is coming from a fund that was set up by the C.I.A. in an effort to seek influence in Afghanistan.  Sadly, there is little evidence that the payments bought the influence the C.I.A. sought. Instead, some American officials said, the cash has fueled corruption and empowered warlords, undermining Washington’s exit strategy from Afghanistan.

Details are slowly coming to light from evidence by federal prosecutors at the Brooklyn trial of Abid Naseer, a Pakistani Qaeda operative who was convicted this month of supporting terrorism and conspiring to bomb a British shopping center.

The cash flow has slowed since a new president, Ashraf Ghani, assumed office in September, but cash is still coming in, and it is not clear how robust any current American constraints on it are.  “It’s cash,” said a former Afghan security official. “Once it’s at the palace, they can’t do a thing about how it gets spent.”