“History Has Been Rather Kind to the American Voter” 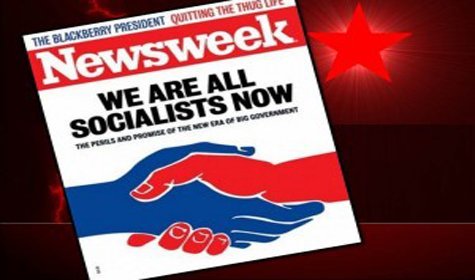 “History has been rather kind to the American voter.”

When Ludwig von Mises wrote those words in 1953 he was referring to the fact that Americans had the opportunity to learn from the lackluster economies of Europe where states were busy nationalizing industries, imposing price controls, and generally imposing more socialism at every turn. The only thing keeping Europe afloat, Mises observed, was the Marshall Plan and the lavish foreign aid bestowed on the Europeans by the wealthier Americans who (back in 1953) had the good sense to be far less socialistic than the Europeans:

“History has been rather kind to the American voter. It has provided him with object lessons in socialism. If he looks behind the Iron Curtain, he can learn useful things about the one-party system of the classless and profitless “peoples’ democracies.” If he studies European budgets, he will be informed about the “blessings” of nationalization. Even if he stays at home, he can extend his views by carefully reading what the newspapers report about the financial breakdown of New York City, the world’s largest and richest urban agglomeration, the intellectual capital of Western civilization, the home of the United Nations. There is plenty of experience that can induce a man to analyze scrupulously what the progressive propaganda has taught him, and to think twice before again casting his vote for the apostles of socialization and advocates of public spending.”

History may have been kind to the American taxpayer, but the taxpayer, obviously, did not capitalize on such an opportunity granted by History.

Having let the lesson go over our heads, History tried to teach the lesson yet again, this time by illustrating the utter collapse of the Eastern Bloc and Soviet economies. When Mises wrote the following, he might as well have been writing in 1990 as the Soviet Bloc collapsed:

When economists clearly demonstrated the reasons why socialism cannot work, the statists and interventionists arrogantly proclaimed their contempt for mere theory. “Let the facts speak for themselves; not economics books, only experience counts.” Now the facts have spoken.

The facts have indeed spoken, and many were even listening. Unfortunately, the answer was sought not in private markets, but in “the third way” and mere partial socialism. The talk of total equality is now gone. Rather than redistribute wealth from the rich to the rest, the state now kindly redistributes the wealth from the middle class and others without political power.  Some goes to the poor, but even more goes to the already-rich and their friends in government,  whether through money creation (i.e., inflation) or outright old-fashioned subsidies.

Will anything be learned when this system fails? Maybe. On the other hand, History may be through being kind to Americans.

Ryan W. McMaken has degrees in economics and political science from the University of Colorado, and is the author of Commie Cowboys: The Bourgeoisie and the Nation-State in the Western Genre. Send him mail.