Here’s Everything America Gets For $1.2 Trillion In Infrastructure Spending – Including The Crazy Stuff 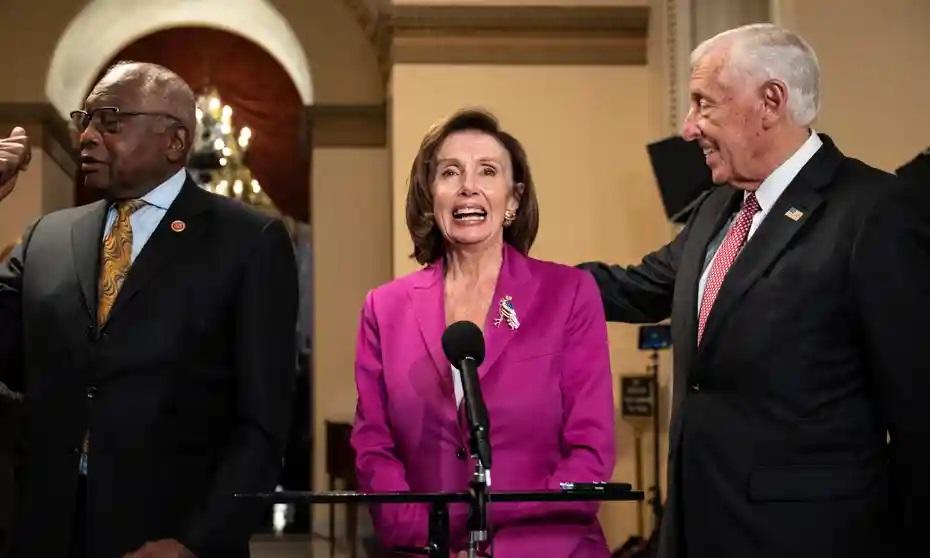 After Friday night’s 11th-hour vote in the House resulted in the passage of the $1.2 trillion infrastructure bill – thanks to 13 uniparty Republicans who joined the Congressional Black Caucus in short-sheeting House Progressives – the Wall Street Journal and Forbes have published refreshers of what what America is supposedly getting out of the largest investment in infrastructure in more than a decade.

To help pay for the roughly $550 billion in new spending (nearly half is previously approved funding), more than $200 billion in unused coronavirus relief funds will be repurposed, along with $50 billion from a Trump-era rule on Medicare rebates, and another $50 billion from various states’ unused unemployment insurance supplemental funds. Where the rest will come from? Tax hikes and IRS colonoscopies are slated to offset the upcoming social spending bill, assuming Democrats are able to slip both into the reconciliation bill that somehow passes muster for moderate Democrat Senators Joe Manchin (WV) and Kyrsten Sinema (AZ).

In truth, it isn’t paid for at all.

Anyhow, drilling down – in addition to including controversial cryptocurrency tax reporting requirements, the infrastructure bill will invest in the following via Forbes:

Roads and bridges: Headlining the 2,702-page bill‘s spending, roughly $110 billion of new funds would go toward improving the nation’s roads and bridges, and investments in other major transportation programs.

Public transit: The package also includes the largest-ever federal investment in public transit, allotting $39 billion to modernize systems, improve access for the elderly and people with disabilities, and repair more than 24,000 buses, 5,000 rail cars and thousands of miles of train tracks.

Amtrak: The legislation marks the largest investment in passenger rail since the creation of Amtrak 50 years ago, with $66 billion earmarked for high-speed rail, safety improvements, Amtrak grants and to modernize the rail route connecting Washington, D.C., to Boston.

Broadband internet: Tacking on to billions authorized by last year’s American Rescue Plan, the infrastructure bill includes $65 billion to bolster the country’s broadband infrastructure and help ensure every American has access to high-speed internet, with one in four households expected to be eligible for a $30-per-month subsidy to pay for internet.

Electric grid: Though many clean-energy measures were cut from the bill to satisfy spending-weary lawmakers, a $65 billion investment will help upgrade the nation’s electricity grid, with thousands of miles of new transmission lines and funds for environmentally friendly smart-grid technology.

Electric cars, buses and ferries: In addition to $7.5 billion for the nation’s first network of electric-vehicle chargers along highway corridors, lawmakers have shored up $5 billion for zero-emission buses (including thousands of electric school buses) and $2.5 billion for ferries.

Airports: More than $25 billion has been allocated to help modernize America’s airports—funds the Airports Council International says will help tackle more than $115 billion worth of project backlogs.

Road safety: The deal invests $11 billion in transportation safety programs, including a new program to help states and localities reduce crashes and fatalities in their communities, particularly among cyclists and pedestrians.

And now, the crazy stuff:

Continued via @Oilfield_Rando, with each tweet linking to relevant portion of the bill:

Republicans just helped Democrats pass $250 million for the “congestion relief program”, a climate change program that will impose fees for parking and driving during peak hourshttps://t.co/ezH9jloejr

Republicans just forced states to provide an annual list of “disadvantaged businesses” owned by women and minorities, verified by in person inspectionshttps://t.co/0cpxmDahcb

They’re so great that your tax dollars must be used to convince you to buy them. https://t.co/XGVggc7zD8

Lobbyists hired by Ponzi Chinese EV maker BYD at this minute are fighting tooth and nail to get a piece of the fund :https://t.co/xLkY6fBabh pic.twitter.com/dKet6pEdKd

Meanwhile.. lobbyist hired by China are swarming like locusts :https://t.co/TaQR2H2Tvh

This article appeared at ZeroHedge.com at:  https://www.zerohedge.com/political/heres-everything-america-gets-12-trillion-infrastructure-spending-including-crazy-stuff