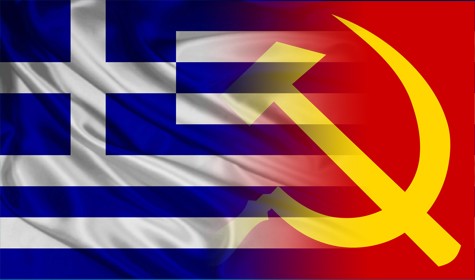 Greece cannot pay its debts … ever. Nor can several other members of the European Union. That’s why Europe’s elite are loath to place Greece in default. If Greece is allowed to abrogate its debts, why should any of the other debtor members of the EU pay up? The financial consequences of massive default by most of the EU members is hard to predict, but it won’t be pretty. Europe has built a financial house of cards, and the slightest loss of confidence will bring it crashing down.

The tragedy of Europe has socialism at its core. Europe has flirted with socialism since the late nineteenth century. Nineteenth century Bismarckian socialism produced two world wars. Leninist socialism slaughtered and enslaved hundreds of millions until it collapsed, mercifully without a third world war. Yet, not to be deterred, in the ashes of World War II, Europe’s socialists embarked on a new socialist dream. If socialism fails in one country, perhaps it will succeed if all of Europe joined a supra-national socialist organization. Oh, they don’t call what has evolved from this dream “socialism,” but it is socialism nonetheless.

Socialism will not work, whether in one country, a multi-state region such as Europe, or the entire world. Ludwig von Mises explained that socialism is not an alternative economic system. It is a program for consumption. It tells us nothing about economic production. Since each man’s production must be distributed to all of mankind, there is no economic incentive to produce anything, although there may be the incentive of coercion and threats of violence. Conversely, free market capitalism is an economic system of production, whereby each man owns the product of his own labors and, therefore, has great economic incentives to produce both for himself, his family, and has surplus goods to trade for the surplus product of others. Even under life and death threats neither the socialist worker nor his overseer would know what to produce, how to produce it, or in what quantities and qualities. These economic cues are the product of free market capitalism and money prices.

Under capitalism, man specializes to produce trade goods for the product of others. This is just one way of stating Say’s Law; i.e., that production precedes consumption and that production itself creates demand. For example, a farmer may grow some corn for his family to consume or to feed to his own livestock, but he sells most of his corn on the market in exchange for money with which to buy all the many other necessities and luxuries of life. His corn crop is his demand and money is simply the indirect medium of exchange.

Keynes attempted to deny Say’s Law, claiming that demand itself — created artificially by central bank money printing — would spur production. He attempted, illogically and unsuccessfully, to place consumption ahead of production. To this day Keynes is very popular with spendthrift politicians, to whom he bestowed a moral imperative to spend money that they did not have.

We see the result of 150 years of European socialism playing out in grand style in Greece today. The producing countries are beginning to realize that they have been robbed by the EU’s socialist guarantee that no nation will be allowed to default on its bonds. Greece merely accepted this guarantee at face value and spent itself into national bankruptcy. Other EU nations are not far behind. It’s time to give free market capitalism and sound money a chance: it’s worked every time it’s been tried.

This article was taken from the Mises Daily which appeared at: https://mises.org/library/greece-illustrates-150-years-socialist-failure-europe