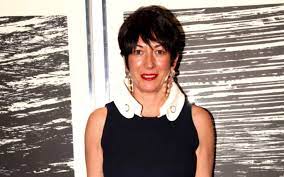 As the Ghislaine Maxwell trial concludes with her being found guilty on 5 of the 6 counts of luring and grooming underage girls for sexual abuse by Jeffrey Epstein, the conclusion should give few much comfort when the bigger picture is viewed.  While Maxwell is facing 65 to 70 years in jail, the big names of those who were the clients of Epstein’s “Sex Island” are getting a pass.

The Maxwell trial is like the end of The Godfather. The regime tied up every loose end. No deals offers to Ghislaine. No names leaked. Nice and tidy.

To those in power, underage victims of a sex trafficker tied to Bill Gates and Clinton are “just business.”

In normal trials the prosecution will cut a deal with those that they have in custody in order to pursue “bigger fish” in the greater scheme of the crime.  In the Maxwell case, the prosecution offered no such deal nor asked for names of others who took part. Accusers say billionaire’s from around the world traveled to the private paradise of Little St James in the US Virgin Islands where this was the centre of an international sex trafficking ring and, the prosecution has no interest in getting names?

So are any of the men who abused these underage girls actually going to face justice? Or at least be named

The Timcast IRL outlined many of the problems with how the trial was handled:

The corporate media is reporting very little beyond the verdict in this case but, few could be surprised at this.  Project Veritas in 2019 had a hot mic moment with Amy Robach leaked to them where she describes how she interviewed a woman who had the courage to come forward “years” ago about Epstein and ABC killed the story.  “She Had Pictures, She Had Everything. She Was in Hiding for Twelve Years. We Convinced Her to Come Out. We Convinced Her to Talk to Us.”

Though it appears that the saga of Epstein is drawing to a close for the public with Epstein’s “suicide” and the trial of Ms. Maxwell drawing to its conclusion, so much information is still not being made available (Epstein’s “Little Black Book”, Maxwell’s “Little Black Book” and the hard drives with over 20K images just to name a few).  So many questions are left hanging but being neatly swept under the rug as it appears that the rich and powerful who were the patrons of his island are going to remain safe and protected by our “justice” system.