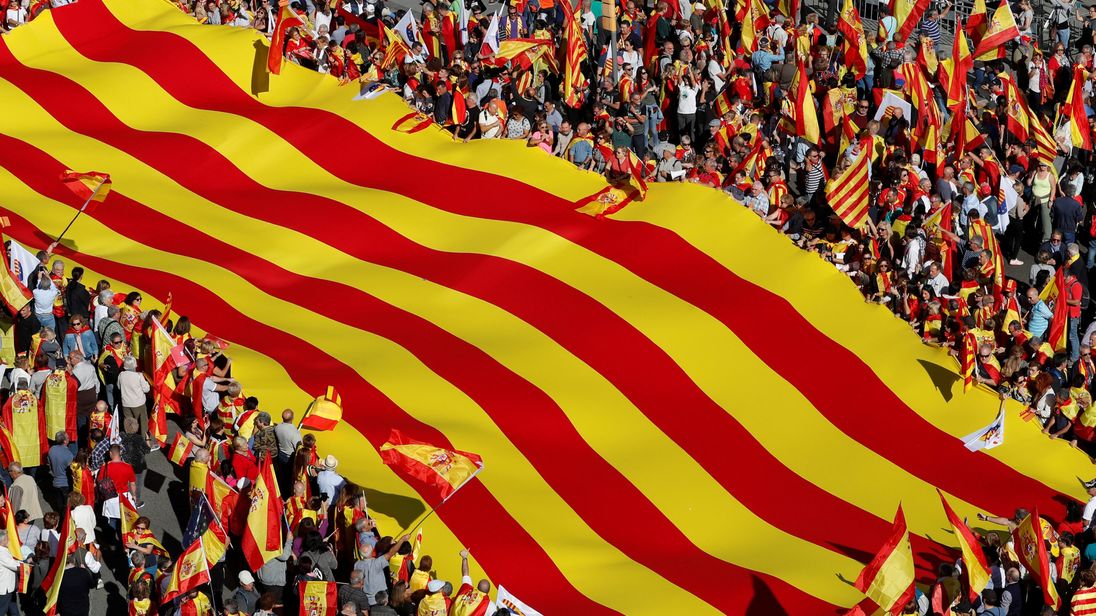 Do you really need an immense, distant, and rapacious central government? Maybe not. Perhaps your region or ethnic group would be better off forming its own independent country.

This question is being asked – and answered – in a growing number of places where distinct cultures and ethnic groups within larger nations now see their government as more burden than benefit. The result: Secession movements are moving from the fringe to mainstream.

In just the past couple of weeks, Iraqi Kurdistan and Spain’s Catalonia declared their independence. Neither succeeded, but the fact that they felt free to try illustrates how times have changed.

This is fascinating on a lot of levels, but why discuss it on a gloom-and-doom finance blog? Because secession is about the messiest event a country can experience short of civil war. And few things are more financially disruptive for an already over-leveraged society than potential dissolution.

Today’s fiat currencies depend for their value on the belief that the governments managing them are coherent and competent.

Let a major region break away and plunge a debtor country into political/civil chaos and the markets will abandon its currency in a heartbeat.

Note the sense of panic in the following article:

(Express) – FINLAND could be the first country to officially recognise Catalonia as a republic state, in a move that would put the Scandinavian country in direct opposition to the European Union (EU).

The country’s MP for Lapland Mikko Karna has said that he intends to submit a motion to the Finnish parliament recognising the new fledgling country.

Mr Karna, who is part of the ruling Centre Party, led by Prime Minister Juha Sipila, also sent his congratulations to Catalonia after the regional parliament voted earlier today on breaking away from the rest of Spain.

Should Finland officially recognise the new state of Catalonia this will be yet another body blow to the the EU which has firmly backed the continuation of a unified Spain under the control of Madrid.

European Commission President Jean-Claude Juncker warned today that “cracks” were appearing in the bloc due to the seismic events in Catalonia that were causing ruptures through the bloc.

Mr Juncker spoke in favour of unity. He said: “I do not want a situation where, tomorrow, the European Union is made up of 95 different states. We need to avoid splits, because we already have enough splits and fractures and we do not need any more.”

The Scottish Government has also sent a message of support, saying that Catalonia “must have” the ability to determine their own future.

Scotland, of course, is itself considering secession from the UK, which recently voted to leave the European Union.

The political class, meanwhile, is trying to figure out where it went wrong. See the New York Times’ recent What Is a Nation in the 21st Century?

If the combination of long-term financial mismanagement and sudden technological change really has made large, multi-cultural nations dispensable, then some of them are going to fragment.

This in turn will contribute to the failure of the fiat currency/fractional reserve banking system that’s ruining global finance. Poetic justice for sure, but of an extremely messy kind.

This article appeared at ZeroHedge.com at:  http://www.zerohedge.com/news/2017-10-30/fragmenting-countries-part-1-catalonia-just-beginning