Five Digital Services that are Freeing the World, and Why 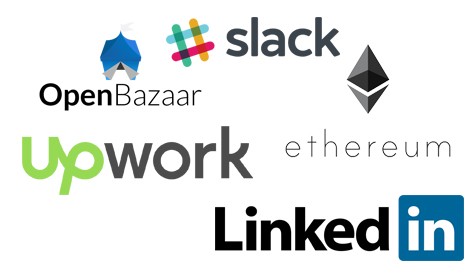 Politicians fight over which version of the past they want to bring back through force of power. Meanwhile, entrepreneurs are building a future for everyone who wants to participate.

Here are some of the most exciting developments in digital properties that are changing the way we work and live, and making the world a freer place — all without divisive public debates and legislation.

Commercial services that evade every form of state control received some attention a few years back with the rise of the darknet’s Silk Road. Its founder was sentenced to two-plus lifetimes in jail. After this tragedy, innovative minds asked: what went wrong? The problem was a central point of failure. But what if we could build a totally decentralized commercial service platform? Such a killer app would be a hydra that no state could take down.

And so, after two years of development, we have OpenBazaar, a distributed commercial platform just released into beta. Anyone can download it and become a node. It operates peer-to-peer. It is not intended to serve nefarious purpose. It is only intended to connect buyers and sellers for the purposes of enhancing human welfare through mutually beneficial voluntary exchange. It does this across borders and in a way that cannot be controlled by regulators.

OpenBazaar was boosted by support from venture capitalist Andreessen Horowitz (Mosaic and Netscape) and angel investor William Mougayar (blockchain applications investor). Their infusions of cash gave the OpenBazaar team the time, resources, and legitimacy to push it all the way through to live. The media will shriek about its use for illicit products but its real potential will be in bringing a viable commercial marketplace to the whole planet, to anyone with an internet connection and a desire to trade.

The platform is free like speech and free like beer. It costs nothing for users to download. And it is an example of what is being called permissionless innovation. It’s the purest form of new. Disruptive doesn’t quite describe its potential.

One aspect of the Bitcoin protocol that was left to later development was its potential for creating an alternative and fully private, peer-to-peer system of legal arrangements. “Smart contracts” are the usual example, but actually the potential has always been there for a huge range of contract-based services. The problem has been the conservatism of Bitcoin’s core developers, who have not opened up the system to make it robust enough to become its own system of alternate governance.

A few years ago, some developers began to work on an alternative platform that used blockchain technology but entirely outside the Bitcoin network. The result is Ethereum, a distributed platform that permits the creation of an infinite variety of law-based services that operate peer-to-peer. You can look through some of the earliest applications here. They include services for messaging, betting, escrow, documentation, reputation, and so much more.

One of the most interesting features of Ethereum is how the platform uses the core ideas of Bitcoin but secedes entirely from the currency that goes by that name. Instead, changes to the ledger are made possible with a new exchange unit called the Ether. It is not technically a money but rather a token of ownership in the control of the programming environment. But it also has a market price. It has moved from $0.0 to $10.50 in a matter of months. Early investors are very happy people right now.

The potential here is to bypass all prevailing legal systems — with their inefficiency, flakiness, and sluggishness — in favor of a system that reflects users demand for immutable forms of record keeping and contractual certainty. There is no censorship, fraud, or third-party interference. Once again, it cares nothing for national borders, race, religion, gender, or social status. It is commerce on the march. It’s not for end users right now, but in a few years, you will be inexorably drawn to the service that are built on its platform.

Email has always been terrible for teams. You lose track. You have to remember things. You end up searching your inbox. And there’s something about a long inbox that is just intimidating. Yes, I know, it’s a first-world problem. Still, I’ve waited for 25 years for something else. I’ve tried every group-collaboration software out there but the learning curve was always so steep. If anything is too much trouble, people won’t join and it will die.

I’ve been hearing about Slack for a couple of years, but never bit. A few nights ago, I attended a data-science meetup at which the moderator asked for a show of hands of how many people use Slack. Two-thirds of the attendees raised their hands. That was enough for me to finally give it a try.

In summary, I’m amazed. It’s the kind of technology that seems inevitable once you see it and experience it. It’s a messaging system that allows the creation of teams, private messaging, public or private sharing, attachments of all sizes, and it is thoroughly searchable and scalable. It features desktop applications for all environments. And for basic users, the entire program is free.

I hadn’t imagined that it would actually replace email — I’ve personally never imagined how this could happened — but then, to my amazement, I suddenly realized it was possible. After a quarter of a century and countless thousands of brilliant people putting their minds to work on this problem, finally the solution comes along, not by making a better email system but by rethinking the whole structure of team communication and collaboration.

Yes, the site has been around a while but there is a reason it is one of the highest-trafficked websites in the world. It is the greatest tool invented in history for worker advancement. Every participant in the global market can upload a work history and resume, catalog skills, gather endorsements, post personal testimonies, and so on. And the key here is not entirely obvious: you can do this without annoying your present employer!

What it means is truly striking. Workers can always stay on the job market. Instead of panicking and looking for a job when your present job takes a bad turn, you can keep your availability always out in front of potential future employers. LinkedIn, then, takes that crucial step toward a real market for labor. It liberates those who do the work from servile dependency on any single capital-owning employer.

One of the terrible consequences of government intervention in the workplace is how it chained workers to their jobs. Healthcare benefits, complicated tax accounting, and all sorts of mandates have caused the labor market to be far less fluid than it was a century ago. Indeed, after World War II, corporate and legal systems were structured for a person to get a job out of school and keep it until retirement. The idea of hopping from place to place was considered bad form.

That is no longer the world we live in. With technology and industrial structure changing so fast, employees have to stay on the move to stay fresh, keep learning, and realize their highest value. They need to leave stagnant institutions and take risks on innovation ones. And the time to look for your next job is precisely when you are happiest and most productive at your current one. Independence to the workers! LinkedIn came along just in time to make this more possible than ever.

Several mighty platforms for hiring freelancers merged last year to create a more seamless and effective platform for finding talent all over the world. Jobs that once cost thousands of dollars, as it turns out, can be accomplished for a tiny fraction of that through international outsourcing. UpWork is the tool that makes this possible.

What kinds of jobs? Web building, graphics creation, database troubleshooting, scheduling, customer relations, book making, and just about any other digital skill you can imagine. You throw your job up there and choose among dozens of applicants that make a pitch within hours of posting. Here again, use of the posting platform is free. You only give a cut to the platform once the job is done and you are happy with it.

UpWork has provided countless opportunities for people all over the world to earn money by serving others. And it has opened up talent to employers that they otherwise would have never known existed. In a world of increased specialization, and especially given tight financial conditions, this has been a godsend. Speaking as someone who often hires on UpWork, you also get a wonderful feeling by engaging in labor contracts with talented people all over the developing world who have vast talent but previously had few opportunities.

Notice that none of these innovations required legislation. None had not be signed by the president. None required annoying yard signs and televised debates. All are helping to bring more freedom to the world. All affect the future of humanity profoundly in the way we live and work in our lives.

Building them were capitalist acts but profoundly benevolent as well. Their creators are our true leaders: pioneers for the future, while the presidential candidates filling up our attention spans are reactionary campaigners for the past.

This article appeared at Fee.org at:  https://www.fee.org/articles/five-digital-services-that-are-freeing-the-world-and-why/