The Faith Academy Awards Banquet for High School Academic and Athletic accomplishments was held on Monday evening, May 16. The banquet was catered by Yani’s in Bellville. Senior Logan Matuska welcomed everyone in attendance and gave the opening prayer. Mrs. Stacy Woodley was the Master of Ceremonies and first called on Ms. Sarah Goodman from the Gulf Coast Regional Blood Center to present a scholarship to senior Adelaide Kuespert for $500.

Four young men will represent Faith Academy this summer for a week at the American Legion Texas Boys State in Austin which is a participatory program where each student becomes a part of the operation of his local, county and state government. The four include Neil Johnston, Eli Kubicek, Aiden Looney and Jonah Taake.

One young lady will attend the American Legion Auxillary Bluebonnet Girls State Leadership Training for one week at Texas Lutheran University. It is a mythical 51st where participants or “citizens” organize their own city, county, and state governments.

The Blue and Gold Award is voted on by the faculty and is based on the Christian character that is exhibited by the students. The winners were Adelaide Kuespert and Mauricio Cano. The Servants Heart Award, also voted on by the faculty, is based on the recipient’s willingness to offer assistance to a teacher without being asked, helping fellow classmates with notes of assignments, or assisting with chores in and/or out of the classroom. The winners are Chesney Johnston and Ethan McMakin.

The Honor Graduates were announced and presented with their honor cords to wear at graduation. Those students were Jayci Byler, Mauricio Cano, Micah Hames, Adelaide Kuespert, Nathan Figueroa, Logan Matuska and Ethan McMakin.

In concluding the Academic portion of the Mauricio Cano was named the 2022 Class Salutatorian, presented with two honor cords and the Co-Valedictorians are Adelaide Kuespert and Nathan Figueroa, both receiving three honor cords.

Opening up the presentation of the Varsity Athletic Awards was cheer coach Mari Swierkowski. Her two team awards went to Skyler Pyka for Heart of the Knight, Most Spirited to Jayci Byler and Ja’Kasia Ragston for Most Dedicated.

Faith Academy’s track coach, Ann Howarth, Coach “Howie”, presented her team awards as follows: Most Improved to Elizabeth Walker, Most Committed to Noah Figueroa, Most Determined to Joshua Bright, Most Dedicated to Nathan Figueroa, Most Perseverant to Beck Briggs and Heart of the Knight to Luke Wicklein.

Three special awards concluded our Faith Academy Awards Banquet. The first, in memory of our friend, J. D. Sabrsula, the J. D. Sabrsula Scholarship, established by his wife Jackie and daughter Sharon Sue, is awarded to a Faith Academy athlete who exhibited excellence on the field, on the court, in the classroom and in the community. The recipient, Mauricio Cano received a $300 scholarship.

The second is a new scholarship in J. D.’s name which is the Coach Sab Athletic Scholarship, established by daughters Jo Dean and Tammy, for an athlete who exhibits the qualities found in the scripture Philippians 3:14, “I press on toward the goal to win the prize for which God has called me heavenward in Christ Jesus.” This was Coach Sabs favorite verse and he lived by it daily. The recipient was Adelaide Kuespert receiving $200.

And last but not least was the Reesa Ueckert Parent Award, a.k.a. RUPA, which is awarded to a parent or couple who goes over and beyond to give of themselves whenever and wherever needed. The couple who received the award was Mauricio and Suzi Cano. 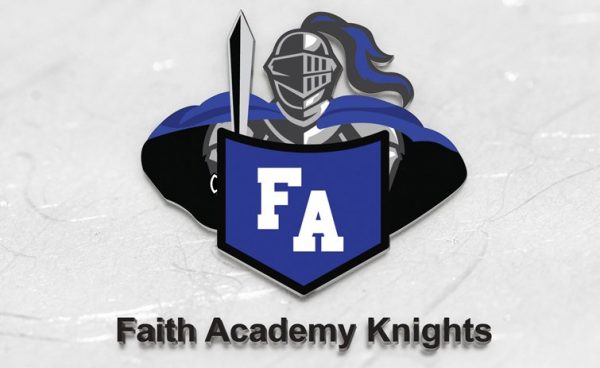 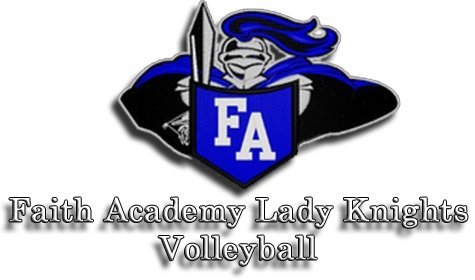