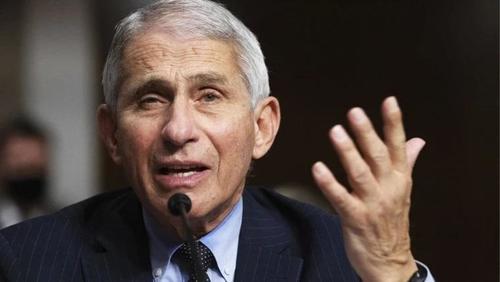 The question over whether the NIH funded risky gain-of-function research in Wuhan, China was officially ‘answered’ last week, after the agency claimed that one of their partners – EcoHealth Alliance, failed to report that they had ‘accidentally’ created a chimeric coronavirus that was able to infect humanized mice.

To review, in a Wednesday letter addressed to Rep. James Comer (R-KY), NIH Principal Deputy Director Lawrence A. Tabak admits to funding a “limited experiment” to determine whether “spike proteins from naturally occurring bat coronaviruses circulating in China were capable of binding to the human ACE2 receptor in a mouse model.” According to the letter, humanized mice infected with the modified bat virus “became sicker” than those exposed to an unmodified version of the same bat coronavirus.

The letter claims that EcoHealth CEO Peter Daszak failed to report this finding, and gave Daszak five days to submit “any and all unpublished data from the experiments and work conducted” under the NIH grant.

If true, it would mean Dr. Anthony Fauci, who runs the NIH’s National Institute of Allergy and Infectious Diseases, wasn’t lying when he told Sen. Rand Paul in July when he denied the agency was conducting GoF research.

Except, according to Vanity Fair, EcoHealth did report their findings in a timely manner.

“These data were reported as soon as we were made aware, in our year four report in April 2018,” said New York City-based EcoHealth in a statement.

If that’s the case, Fauci is either incompetent for not knowing, or lying.

But how credible is it that Fauci didn't find out given all the political pressure around this??https://t.co/0FKKaos1uO

The NIH admits that the research it funded through EcoHealth under Fauci made bat coronaviruses more contagious, but Fauci didn't lie because he didn't know until now.

But EcoHealth insists Fauci knew all along because they told him & NIH: pic.twitter.com/0IvqC0yLwB

And so – the left-leaning Vanity Fair admits Rand Paul ‘might have been onto something’ when he accused Fauci of lying over GoF research.

What’s more, VF connects more dots that mainstream outlets pretend don’t exist – namely a revelation from a leaked grant proposal which reveals that Daszak attempted to obtain DARPA funding for “the kind of research that could accidentally have led to the pandemic.”

As scientists remain in a stalemate over the pandemic’s origins, another disclosure last month made clear that EcoHealth Alliance, in partnership with the Wuhan Institute of Virology, was aiming to do the kind of research that could accidentally have led to the pandemic. On September 20, a group of internet sleuths calling themselves DRASTIC (short for Decentralized Radical Autonomous Search Team Investigating COVID-19) released a leaked $14 million grant proposal that EcoHealth Alliance had submitted in 2018 to the Defense Advanced Research Projects Agency (DARPA).

It proposed partnering with the Wuhan Institute of Virology and constructing SARS-related bat coronaviruses into which they would insert “human-specific cleavage sites” as a way to “evaluate growth potential” of the pathogens. Perhaps not surprisingly, DARPA rejected the proposal, assessing that it failed to fully address the risks of gain-of-function research. -Vanity Fair

According to the article, the leaked documents ‘struck a number of scientists and researchers as significant for one reason’ – namely that a distinctive segment of SARS-CoV-2’s genetic code is a ‘furin cleavage site’ which makes the virus more infectious because of its ability to enter human cells – exactly the feature EcoHealth proposed modifying in the leaked proposal.

“If I applied for funding to paint Central Park purple and was denied, but then a year later we woke up to find Central Park painted purple, I’d be a prime suspect,” said Jamie Metzl, a former executive vice president of the Asia Society, who sits on the World Health Organization’s advisory committee on human genome editing and has been calling for a transparent investigation into COVID-19’s origins (via Vanity Fair).

As one member of the DRASTIC coalition, New Zealand data scientist Gilles Demaneuf told Vanity Fair: “I cannot be sure that [COVID-19 originated from] a research-related accident or infection from a sampling trip. But I am 100% sure there was a massive cover-up.“

So to sum it up:
1. US bans gain-of-function research.
2. Rogue bureaucrats fund it abroad instead.
3. Lab leak occurs. Global pandemic ensues.
4. Scientific leaders lie about it and label dissenters as racists.

Want to create a crisis of trust in science? That’ll do it.

On Sunday, Fauci appeared on ABC News with trusted softball-thrower George Stephanopoulos, where he hid behind semantics – claiming that the NIH’s contract with Daszak adhered to a ‘framework’ that didn’t constitute Gain of Function research.

Of course, we also know that the NIH shielded one of Daszak’s grants from review under said framework.

Fauci downplays the NIH letter and states that Ecohealth simply did not file a progress report in on time, and that there will be administrative consequences.

This is a game and he's acting like Lumburgh with TPS report cover pages. https://t.co/8s6lBf0dH0

Meanwhile, we’d still love to know what was said on that call between Fauci and NIH Director Francis Collins right after ZeroHedge reported that Indian researchers found “HIV-like insertions” at the furin cleavage site of SARS-CoV-2 in a now-retracted paper.

'Redactions' are part of how corrupt public officials hide crimes from the people who pay their public salaries.

Hey Fauci, what has been redacted below and what was said on this call on February 2nd, 2020?

It amazes me how many people don't get this:

The most anti-Chinese (and bigoted) theory of COVID's origin was never the lab leak.

The most anti-Chinese and bigoted theory was that COVID started because China's dietary conditions are primitive and unsanitary (stop eating bats!). https://t.co/0aDFo9PYPl

This article appeared at ZeroHedge.com at:  https://www.zerohedge.com/political/ecohealth-throws-fauci-under-bus-over-wuhan-gain-function-report-researcher-claims