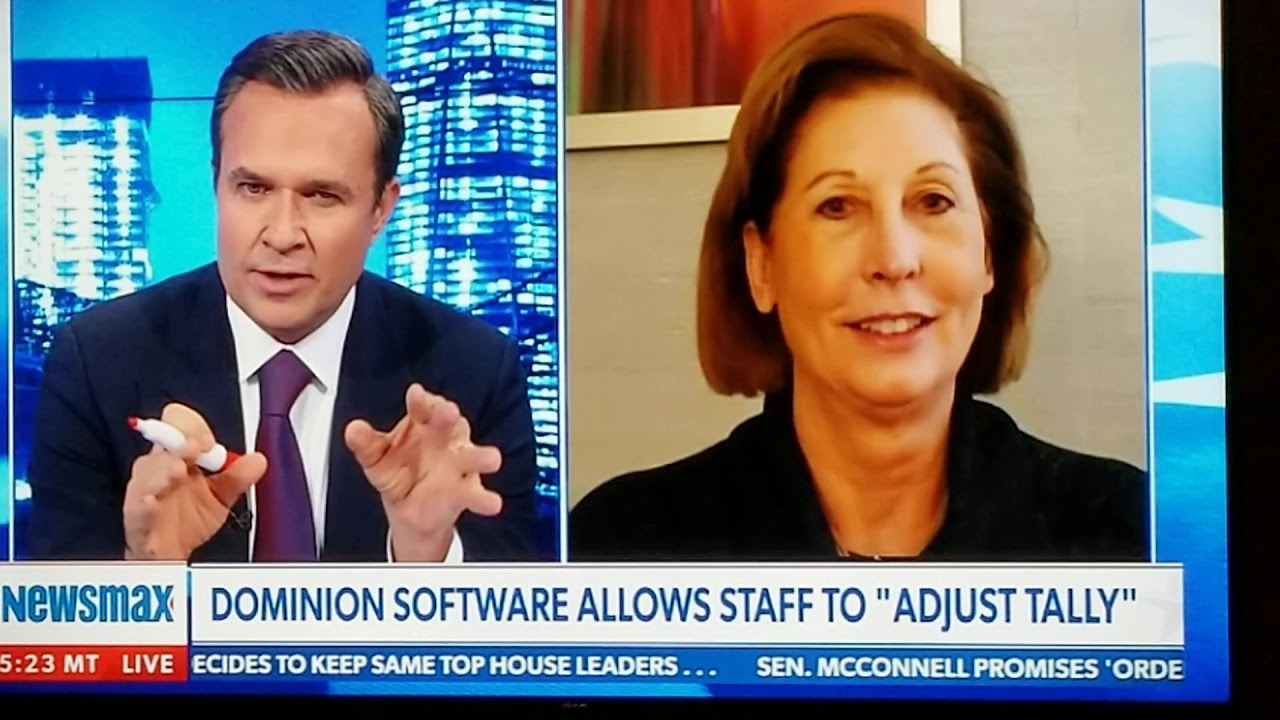 In a startling claim by one of President Trumps legal team members, Sidney Powell, who explained on the Greg Kelly Reports show how the Dominion Software utilized by several states in the election gives the ability to “Adjust The Tally” of the vote.

Reading from a contract between the Dominion Software Company and the California County of Santa Clara Greg Kelly read:  “Item 2.26. Allows staff to adjust tally based on review of scanned ballot images.”  To which Sydney Powell responded, “And, worse than that it had a back door that could be manipulated by anyone who could access through that back door and that was a deliberate feature.”  Watch the video below for more:

Features like this have been the subject of two documentaries, the 2006 Documentary “Hacking Democracy” and the 2008 Documentary “Uncounted: The New Math of American Elections“.  With these issues of calling the legitimacy of our elections in this country into question, Americans should be very concerned.