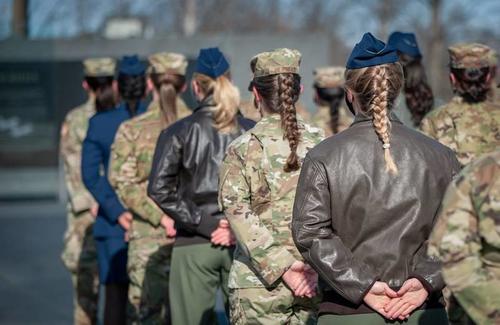 Following this House committee vote and an earlier Senate committee vote in July (before Congress’s summer vacation), the versions of the annual “must-pass” National Defense Authorization Act (NDAA) to be considered later this fall in both the House and Senate will include provisions requiring women to register for the draft within 30 days of their 18th birthday and report to the Selective Service System each time they change their address until their 26th birthday, as young men have been required to do since 1980.

An alternative compromise amendment to suspend draft registration unless the President declared a national emergency and put the Selective Service System into standby was submitted before Wednesday’s committee session, but ruled out of order on the basis of arcane PAYGO procedural rules.

Under the same rules, the amendment to the NDAA to expand draft registration to women was ruled in order, considered, and adopted without any antiwar opposition from members of the committee.

But even if such amendments are proposed and put to a vote, they have little chance of success in either the House or the Senate.

Message to Republicans & Democrats – including @HouseGOP & @SenateGOP colleagues. I do not trust you to do anything at all, much less say you will draft my daughter to “non combat” roles. Why don’t I trust you? Let’s see – THREAD: (1/9) #DontDraftOurDaughters

It’s now overwhelmingly likely that the Fiscal Year 2022 NDAA to be adopted in late 2021 or early 2022 will authorize the President to order women to register for the draft at age 18, starting in 2023 with women born in 2005 and after.

Read the rest of the full report at AntiWar.com