Update (0800ET): CNA, an English-language news website based across Asia, has just reported that Singapore has confirmed the first case of the Wuhan coronavirus. 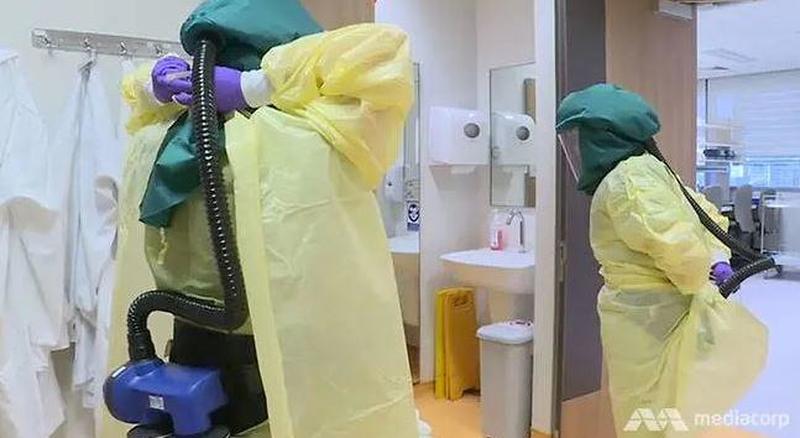 In a media briefing on Thursday evening, the Ministry of Health said the carrier is a 66-year-old Chinese man from Wuhan. The man arrived in Singapore with his family on Jan. 20 after flying in from Guangzhou via China Southern. The man reported having a sore throat on the flight, but no fever. 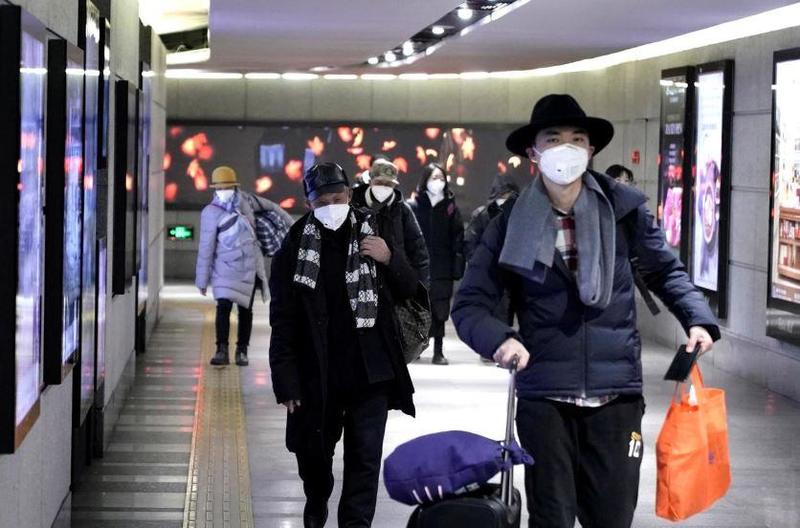 The man traveled to Singapore General on Wednesday, and was immediately placed in isolation. He tested positive for the virus at 6 pm local time on Thursday. Singaporean authorities have already begun a contact tree, and are isolating all those with whom the suspect had contact.

The diagnosis is just the latest indication that, even as more Chinese cities cancel LNY celebrations, too many Chinese, including Chinese from Wuhan, have already traveled abroad. And the week-long holiday doesn’t even start until Saturday.

This live NYT map of confirmed Wuhan cases appears to be out-of-date, despite having just been updated. 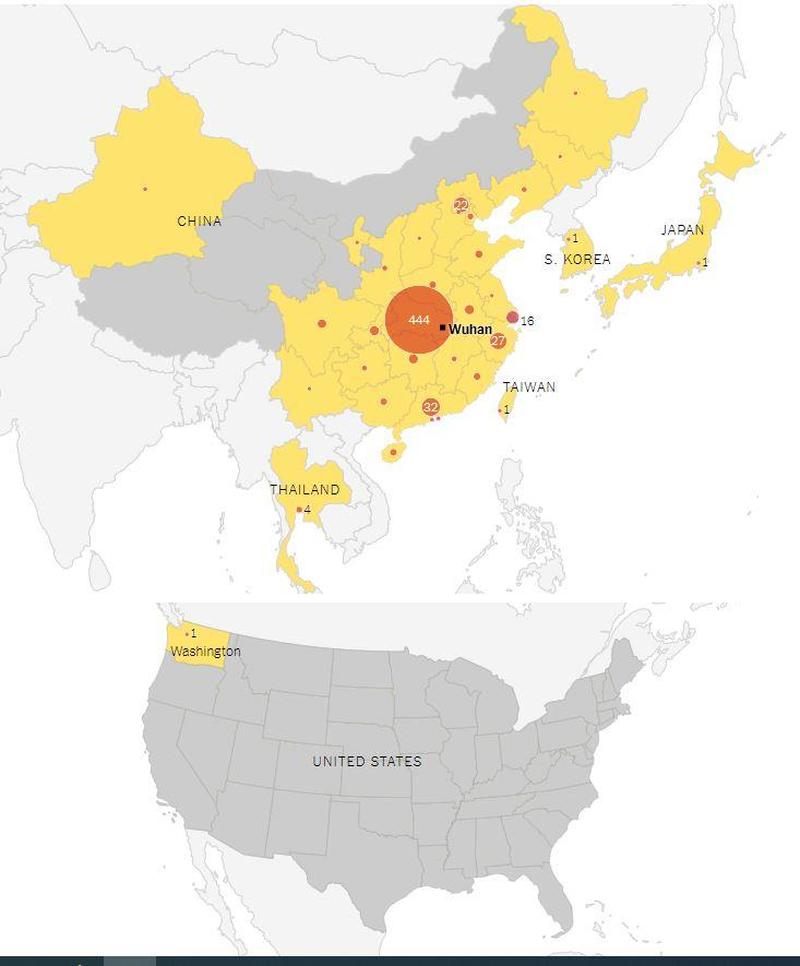 The number of confirmed cases is closer to 600. Still, it gets the point across.

Update (0700ET): Beijing is reportedly planning to quarantine a third city in Hubei Province, where the coronavirus outbreak originated, while a fourth city in the province is planning to shut down train travel.

Media reports claim that Chibi, a city with half a million Chinese, will be quarantined like Wuhan and Huanggang. Meanwhile, Ezhou, a city with 1 million people in Hubei, is seeing some transportation shut down.

Conflicting report are alternatively claiming that Ezhou and Chibi will be the third Chinese city to face a quarantine. Does that mean officials are planning to quarantine the entire province?

BREAKING: Chinese officials say a 3rd city, Chibi with a population of nearly half a million, will be put on lockdown to prevent the spread of coronavirus

BREAKING: City of Ezhou becomes the third to be put under lockdown to contain the #coronavirus #China #virus @guardianhttps://t.co/BxeTr9Unls

There have also been reports about a third patient being identified in St. Petersburg, while other cities, including Hong Kong, stock up on facemask supplies.

As cases of the new coronavirus popped up around the globe, Chinese health officials managed to assuage the worries of the public, and the market, by insisting that the new, deadly coronavirus that emerged late last month in Wuhan had been ‘contained’ and that the outbreak would swiftly die down.

Despite imposing some draconian travel bans, it’s becoming increasingly clear that this isn’t going to happen. Even after quarantining an entire city of 11 million people – Wuhan is the 7th largest city in China and larger than any US city – experts are warning that it’s too late: The cat is already out of the bag.

But that won’t stop Beijing from trying: Now that Wuhan has been effectively cut off, Chinese officials announced another city-wide quarantine on Thursday: Huanggang city, which is in Hubei province and situated close to Wuhan, will suspend outbound train and bus services, as well as all bus services within the city effective Friday. All public places, including movie theaters, have been ordered to close until further notice, practically guaranteeing that the quarantine will take a bite out of GDP. Though even after authorities cut off all flights, Reuters reports that a few airlines were still running flights out of Wuhan. 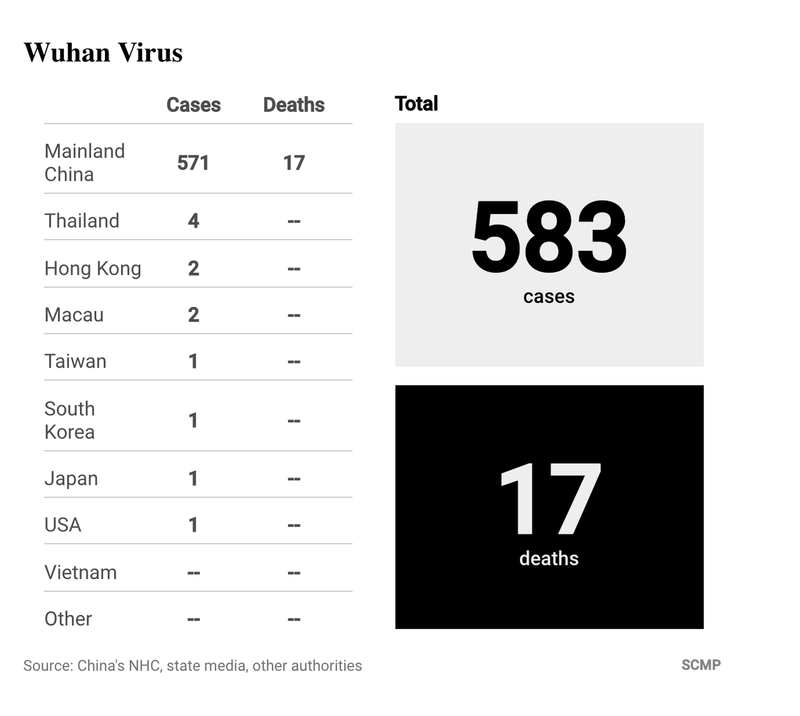 As the SCMP pointed out, Wuhan, the city at the center of the outbreak, is five times larger than London. 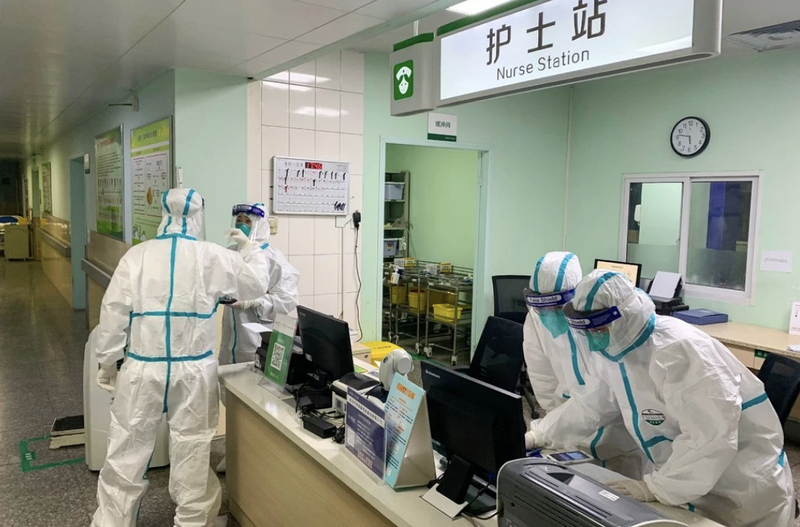 The decision comes as more than 600 cases of the virus have now been confirmed. The death toll has been steady since yesterday at 17, as the WHO ponders whether to label the outbreak as a global pandemic risk.

Chinese state broadcasters shared images of Wuhan’s ghostly transport hubs, including the Hankou rail station, with all gates barred or blocked. Highway toll booths were shutting down as guards patrolled major highways. Inside the city, residents crowded into hospitals and rushed to buy up essential supplies from supermarkets and gas stations.

Interestingly, at least one Western journalist is reporting from Wuhan. We imagine Beijing allowed ABC access to the city to try and calm the growing panic in the West.

.@ABC News' @BobWoodruff travels to Wuhan, China, the center of the coronavirus outbreak, which has killed 17 people, and gives an inside look on how airports and travelers are trying to prevent the virus from spreading. https://t.co/ofUij4RhlH pic.twitter.com/MEmMWoJFbT

As more barriers rise, one well-known public health expert known for his work on the SARS outbreak warned that the quarantines likely wouldn’t be enough to stop the virus from becoming a global pandemic, according to the New York Times.

Dr. Guan Yi, a professor of infectious diseases at the University of Hong Kong who visited Wuhan earlier this week, warned there was a potential for the virus to spread rapidly despite the controls put in place Thursday morning.

“We have a chance to have a pandemic outbreak,” said Dr. Guan, who was part of the team that identified the coronavirus that caused the deadly SARS outbreak in 2002 and 2003. SARS infected more than 8,000 people and killed nearly 800.

Dr. Guan also told Caixin, an influential Chinese magazine known for investigative reports, that he had traveled to Wuhan earlier in the week hoping to help track the virus’s animal source and control the epidemic. But he left, he said, feeling “powerless, very angry.”

Dr. W. Ian Lipkin, an epidemiologist at Columbia University who advised the Chinese government and the World Health Organization during the SARS outbreak, said that infected people outside Wuhan would continue to spread the disease.

“The horse is already out of the barn,” he said.

Another expert warned that there could already be as many as 4,000 cases of coronavirus in Wuhan, meaning that the vast majority of infections likely haven’t yet been reported. 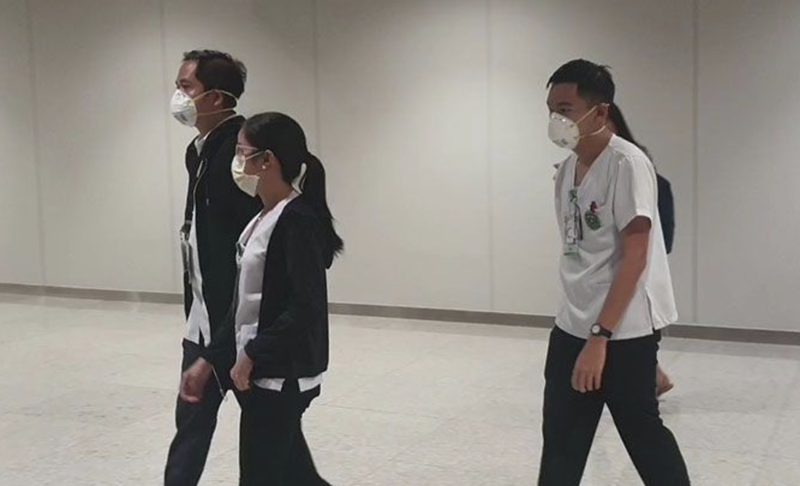 The director of the country’s Civil Aeronautics Board explained that, even though Beijing is quarantining entire cities, it’s up to the Philippines to take their own steps to curb the outbreak.

“When you look at the seriousness of the outbreak, Wuhan should be the focus of attention,” CAB Executive Director Carmelo Arcilla told reporters.

Experts have warned that quarantining an entire city of 11 million would be virtually impossible. But the nabobs in Beijing refuse to be deterred: Videos circulating on social media show Chinese police setting up barricades across roads leading out of the city. Anybody in Wuhan who had New Year’s travel plans should probably cancel them and ask for a refund.

Roads leading to and from Wuhan have now been blocked as the city has been placed in quarantine to try and stop the spread of the coronavirus #China #Wuhan #Coronavirus pic.twitter.com/ONlDM0T9Oe

After a suspected case of coronavirus was discovered in Macau yesterday, officials in the special autonomous region warned that they might close all casinos in the territory, a move that would spoil the vacation plans of millions of Chinese planning to travel to Macau for the Chinese New Year. A second case was reportedly discovered on Thursday.

Across the world, a mildly risk-off mood is once again dominating markets. That means US stocks are one outbreak headline away from deeper declines.

This article appeared at ZeroHedge.com at:  https://www.zerohedge.com/geopolitical/china-quarantines-second-city-experts-warn-its-already-too-late-stop-virus