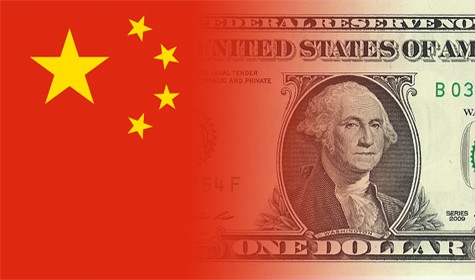 Getting Money Out of China: What The Heck is Happening?

Regular readers of our blog probably know that our basic mantra about getting money out of China is that if you have consistently follow all of China’s laws, it ought to be no problem. Not true lately.

In the last week or so, our China lawyers have probably received more “money problem” calls than in the year before that. And unlike most of these sorts of calls, the problems are brand new to us. It has reached the point that yesterday I told an American company (waiting for a large sum in investment funds to arrive from China) that two weeks ago I would have quickly told him that the Chinese company’s excuse for being unable to send the money was a ruse, but with all that has been going on lately, I have no idea whether that is the case or not.

So what has been going on lately?

Well if there is a common theme, it is that China banks seem to be doing whatever they can to avoid paying anyone in dollars. We are hearing the following:

1. Chinese investors that have secured all necessary approvals to invest in American companies are not being allowed to actually make that investment. I mentioned this to a China attorney friend who says he has been hearing the same thing. Never heard this one until this month.

2. Chinese citizens who are supposed to be allowed to send up to $50,000 a year out of China, pretty much no questions asked, are not getting that money sent. I feel like every realtor in the United States has called us on this one. The Wall Street Journal wrote on this yesterday. Never heard this one until this month.

3. Money will not be sent to certain countries deemed at high risk for fake transactions unless there is conclusive proof that the transaction is real — in other words a lot more proof than required months ago. We heard this one last week regarding transactions with Indonesia, from a client with a subsidiary there. Never heard this one until this month.

4. Money will not be sent for certain types of transactions, especially services, which are often used to disguise moving money out of China illegally. This is not exactly new, but it appears China is cracking down on this. For what is ordinarily necessary to get money out of China for a services transaction, check out Want to Get Paid by a Chinese Company? Do These Three Things.

5. Get this one: Money will not be sent to any company on a services transaction unless that company can show that it does not have any Chinese owners. The alleged purpose behind this “rule” is again to prevent the sort of transactions ordinarily used to illegally move money out of China. Never heard this one until this month.

This article appeared at ZeroHedge.com at:  http://www.zerohedge.com/news/2016-01-17/china-banks-seem-be-doing-whatever-they-can-avoid-paying-anyone-dollars
Originally at:  http://www.chinalawblog.com/2016/01/getting-money-out-of-china-what-the-heck-is-happening.html