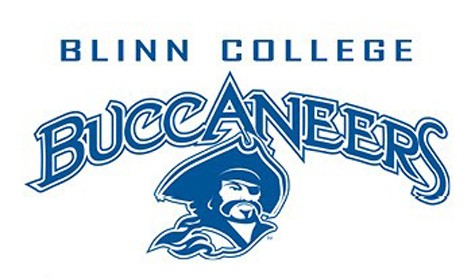 Blinn took an 8-5 win over Temple College in its first game, but fell 12-4 to Louisiana State University Eunice in the second game.

Coach Rick Church said his team showed the effects of not having played a game in 11 months.

“We had some jitters and got a little flustered at times,” Church said. “We made some mistakes that hurt us. Louisiana State University Eunice is a pretty good team and they always get after us.

“We’re going to take this as a lesson to be learned on how to compete. You’ve got to have your whole game together for seven innings, not just a couple innings.”

Blinn got off to a strong start with the win over Temple College.

The Bucs roared to a 5-0 lead after only two innings and padded their lead to 8-0 with a single run in the fourth inning and two more in the fifth. Temple scored three runs in the bottom of the fifth and two in the sixth before starting pitcher Renna Toomey finished the game strong with a scoreless seventh.

“She pitched pretty well for her first outing,” said Church. “It was 8-0, and we could have put them away with the run rule, but we let them back in the game.”

Blinn had eight hits in the game, led by infielder Chloe Woodward’s home run in the second inning. Woodward had two hits and three RBIs in the contest.

The Bucs played catchup most of the game before LSU-Eunice scored six runs in the sixth inning to ice the Friday afternoon contest.

Both teams scored a run in the first inning. LSU Eunice took a 5-1 lead with a run in the second and three more in the third, but Blinn closed to 5-4 with three runs in the bottom of the third.

After that, however, the Bucs went scoreless while LSU Eunice pulled away for the win.

Blinn had four hits in the game, with Marley Mahoney, Amy Hitt, Acie Prince, and Ialie Speziale-Potter getting one each. Hitt had two RBIs and Mahoney one.

Nevada Dolnik went three innings and gave up eight hits. She gave up five runs, four of them earned, and had one strikeout.

Skylar Shanahan went one-third of an inning, giving up one hit and an unearned run.

Blinn travels to Waco for two weekend doubleheaders. The Bucs will play Odessa College on Saturday at 1 and 3 p.m. Blinn will take on host McLennan Community College for two games Sunday, at 1 p.m. and 3 p.m.