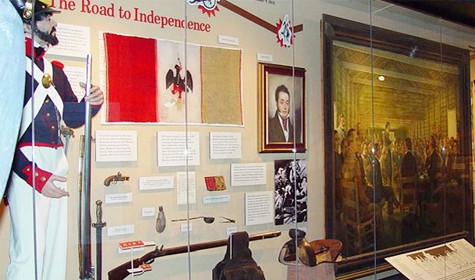 The brainchild of Dr. Diane Lovell, Social Sciences dean; Brandon Franke, assistant dean; and professors Chuck Swanlund and Dr. Kenneth Howell, professor, the CTHA is a nonprofit that will preserve and promote the history and culture of Central Texas. The region ranges from Houston to San Antonio, to Junction, to Wichita Falls, to Gainesville and back to Houston. The organization will host an annual conference, publish an annual journal and sponsor an array of educational programs. 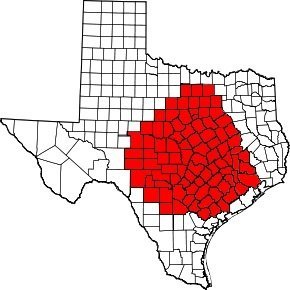 A map showing the area of focus for the CTHA.

“We want to be a place where professional historians and lay-historians can come together,” said Howell, director of the Central Texas Historical Association.

The CTHA received its certificate of formation from the state earlier this year and is in the process of incorporating members and formalizing meetings and future events. Having developed an interim board of directors and established an editorial board for the journal, the CTHA will host a symposium in the fall. In spring 2016, CTHA will host a larger symposium, then an inaugural conference later in the year.

Anyone interested in Central Texas history is invited to be a part of the CTHA.

Howell joined the Blinn College faculty last fall as a history instructor and director of the CTHA, tasked with spearheading the efforts to establish the association and facilitate interest and research in the history of the Central Texas region.

“Having the opportunity to build something from the ground up is exciting,” Howell said. “I’ve served as a board member of the East Texas Historical Association in the past and it’s great to be a part of what already exists, but it’s invigorating to build something from the ground up, to mold and shape it into an organization that will enrich Texas history and represent Blinn in a new way.”

Blinn College’s Star of the Republic Museum, created by the Texas Legislature and administered by Blinn College as a cultural and educational institution, will be a member of the CTHA and partner with the historical association to sponsor activities and events.

For more information about the CTHA, please contact Howell at 979-209-8583, or khowell@blinn.edu.