American Soil Is Being Globalized: Nearly 30 Million Acres Of US Farmland Now Owned By Foreigners 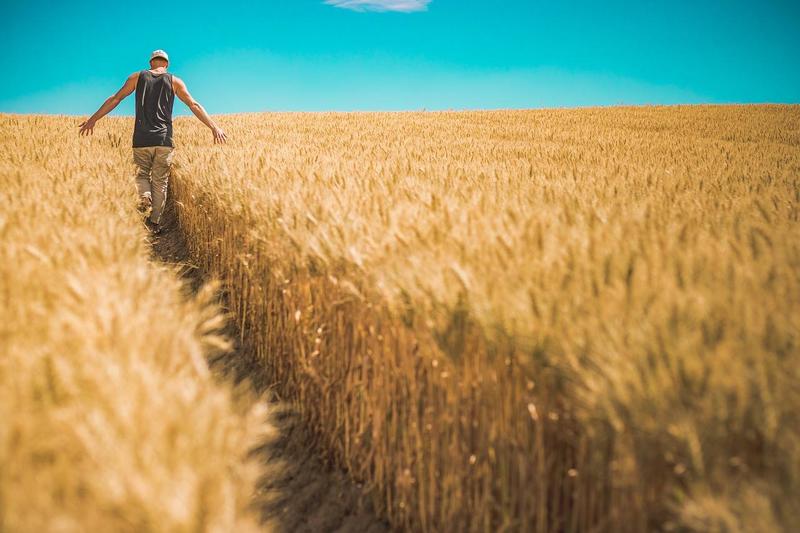 All across America, U.S. farmland is being gobbled up by foreign interests.  So when we refer to “the heartland of America”, the truth is that vast stretches of that “heartland” is now owned by foreigners, and most Americans have no idea that this is happening.  These days, a lot of people are warning about the “globalization” of the world economy, but in reality our own soil is rapidly being “globalized”. When farms are locally owned, the revenue that those farms take in tends to stay in local communities.  But with foreign-owned farms there is no guarantee that will happen.  And while there is plenty of food to go around this is not a major concern, but what happens when a food crisis erupts and these foreign-owned farms just keep sending their produce out of the country?  There are some very serious national security concerns here, and they really aren’t being addressed.  Instead, the amount of farmland owned by foreigners just continues to increase with each passing year.

Prior to seeing the headline to this article, how much U.S. farmland would you have guessed that foreigners now own?

Personally, I had no idea that foreigners now own nearly 30 million acres.  The following comes from NPR…

Those are two words that are commonly used to stir up patriotic feelings. They are also words that can’t be be taken for granted, because today nearly 30 million acres of U.S. farmland are held by foreign investors. That number has doubled in the past two decades, which is raising alarm bells in farming communities.

How did we allow this to happen?

And actually laws regarding land ownership vary greatly from state to state.  Some states have placed strict restrictions on foreign land ownership, while in other states it is “a free-for-all”…

“Texas is kind of a free-for-all, so they don’t have a limit on how much land can be owned,” say’s Ohio Farm Bureau’s Ty Higgins, “You look at Iowa and they restrict it — no land in Iowa is owned by a foreign entity.”

Ohio, like Texas, also has no restrictions, and nearly half a million acres of prime farmland are held by foreign-owned entities. In the northwestern corner of the state, below Toledo, companies from the Netherlands alone have purchased 64,000 acres for wind farms.

But even in states where there are restrictions, foreign entities can get around that by simply buying large corporations that own land.

For example, when the Chinese purchased Smithfield Foods in 2013 they instantly gained control over 146,000 acres of prime farmland.  The following comes from Wikipedia…

Smithfield Foods, Inc., is a meat-processing company based in Smithfield, Virginia, in the United States, and a wholly owned subsidiary of WH Group of China. Founded in 1936 as the Smithfield Packing Company by Joseph W. Luter and his son, the company is the largest pig and pork producer in the world.[4] In addition to owning over 500 farms in the US, Smithfield contracts with another 2,000 independent farms around the country to grow Smithfield’s pigs.[5] Outside the US, the company has facilities in Mexico, Poland, Romania, Germany, and the United Kingdom.[6]Globally the company employed 50,200 in 2016 and reported an annual revenue of $14 billion.[2] Its 973,000-square-foot meat-processing plant in Tar Heel, North Carolina, was said in 2000 to be the world’s largest, processing 32,000 pigs a day.[7]

Then known as Shuanghui Group, WH Group purchased Smithfield Foods in 2013 for $4.72 billion, more than its market value.[8][9] It was the largest Chinese acquisition of an American company to date.[10] The acquisition of Smithfield’s 146,000 acres of land made WH Group, headquartered in Luohe, Henan province, one of the largest overseas owners of American farmland.[a]

Of course this hasn’t happened by accident.

The communist Chinese government has actually made the purchase of foreign agricultural assets a top national priority in recent years, and this has been reflected in a series of key documents…

The strategy is reflected in encouragements to invest abroad by various documents and articles issued by Chinese leaders. For example, a series of annual “Number one documents” from China’s communist party authorities stating rural policy have contained increasingly specific strategies for investment. A general exhortation to invest in agriculture overseas, issued in 2007, was followed by an initial surge in overseas farming ventures. In 2010, authorities called for supportive policies to encourage investment abroad.

The 2014 document included a more specific mandate to create large grain-trading conglomerates, designed to give Chinese companies greater control over oilseed and grain imports. That was the same year COFCO acquired Nidera and Noble Agri, making COFCO one of the largest trading companies in the world based on value of assets. The 2015 document specifically called for policies to support facilities, equipment, and inputs for agricultural production in foreign countries. The 2017 document broadened the encouragement to include all types of agricultural conglomerates. The 2018 document repeated the general endorsement of overseas investment and instructions to create multinational grain-trading and agricultural conglomerates.

In the end, how much Chinese ownership of our farmland would we be comfortable with?

If they owned 20 percent of our farmland, would we be okay with that?

Would that still be okay?

We need to start asking these sorts of questions, because foreigners are buying up more of our farmland with each passing day, and this is a very real national security threat.

And after this absolutely disastrous year, thousands more U.S. farmers will be forced out of business and it is anticipated that more U.S. farmland will be up for sale than ever before.

I extensively discussed the problems that farmers in the middle of the country are currently having yesterday, and today I would like to share with you a portion of an email that a friend in Missouri just sent me…

I work for a farmer in West-Central Missouri who raises corn, soybeans, and cattle and to say it’s been a challenging Spring would be the understatement of the year!!! We managed to get some corn planted in April but it started to rain and rain and rain and we still have more corn to plant. My boss doesn’t like to plant corn after May 15 and here it is May 27 and we still are not done planting corn. With each late day that passes by the yield goes down so what do you do??? Do we start planting soybeans if or when it dries up even though the price of soybeans is at a record low or do we plant corn that has risen in price but will have a reduced yield??? From April 28 through today (May 27) we have had 10 inches of rain. One day we had 4.5 inches with roads and basements flooded. Last week we had rain 4 out of those 7 days!!! It’s raining again today as I write this!!! We need warm, sunshine, dry, windy days and we get mostly cool, cloudy, rainy days. Next Thursdays low is supposed to be 57!!! If the weather pattern doesn’t change I don’t see how we can ever get the soybeans planted and we have 1,300 acres to plant. There are large farmers in my area that don’t have anything planted.

This truly is a “perfect storm” for U.S. farmers, and many believe that what we have witnessed so far is just the beginning.

Farm bankruptcies are already at the highest level that we have seen since the last recession, and do we really want foreigners gobbling up even more of our farmland from farmers that are incredibly desperate to sell?

Our founders never intended for America to be for sale to the highest bidder, and hopefully more states will start passing laws that will make sure that U.S. farms stay in the hands of U.S. farmers.

This article appeared at ZeroHedge.com at:  https://www.zerohedge.com/news/2019-05-28/american-soil-being-globalized-nearly-30-million-acres-us-farmland-now-owned via The Economic Collapse blog