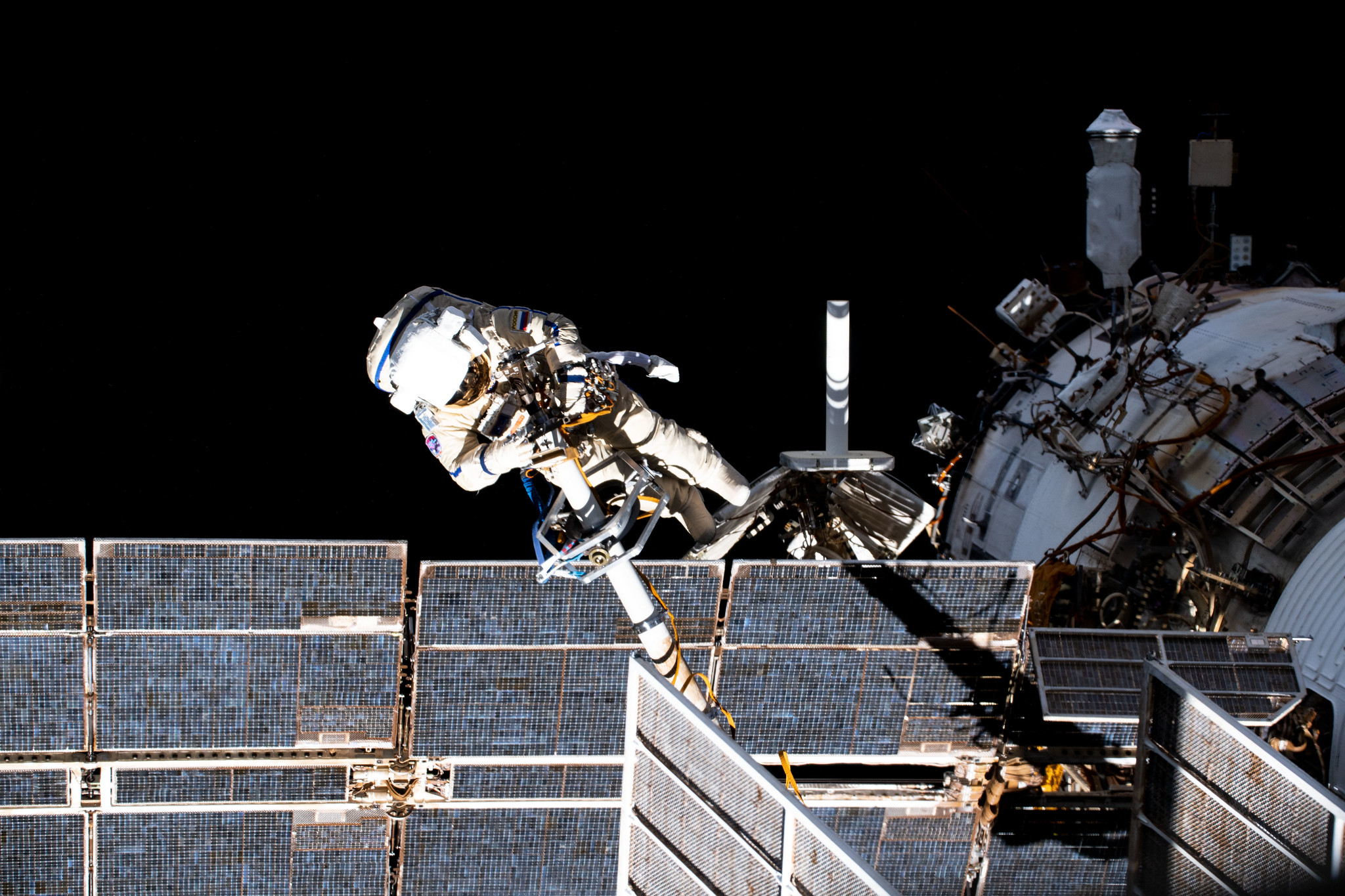 Two Russian cosmonauts will venture outside the International Space Station Friday, Sept. 3, and Thursday, Sept. 9, to conduct the first pair of up to 11 spacewalks to prepare the new Nauka multipurpose laboratory module for operations in space. NASA will provide live coverage for both spacewalks, or extravehicular activities (EVA), on NASA Television, the NASA app, and agency’s website.

Expedition 65 Flight Engineers Oleg Novitskiy and Pyotr Dubrov of Roscosmos will exit the Poisk module on the space-facing side of the station’s Russian segment. During the spacewalks, the cosmonauts will install handrails on Nauka and connect power, ethernet, and data cables between the recently arrived module and the Zvezda service module.

Novitskiy, who is designated as extravehicular crew member 1 (EV1), will wear the Russian Orlan spacesuit with the red stripes. Dubrov will wear the spacesuit with the blue stripes as extravehicular crew member 2 (EV2). These will be the second and third spacewalks for both cosmonauts; the 242nd and 243rd spacewalks in support of space station assembly, maintenance and upgrades; and the 10th and 11th spacewalks at the station in 2021.

Nauka launched on a Russian Proton-M rocket July 21 from the Baikonur Cosmodrome in Kazakhstan and docked automatically  to the Earth-facing Zvezda port July 29.