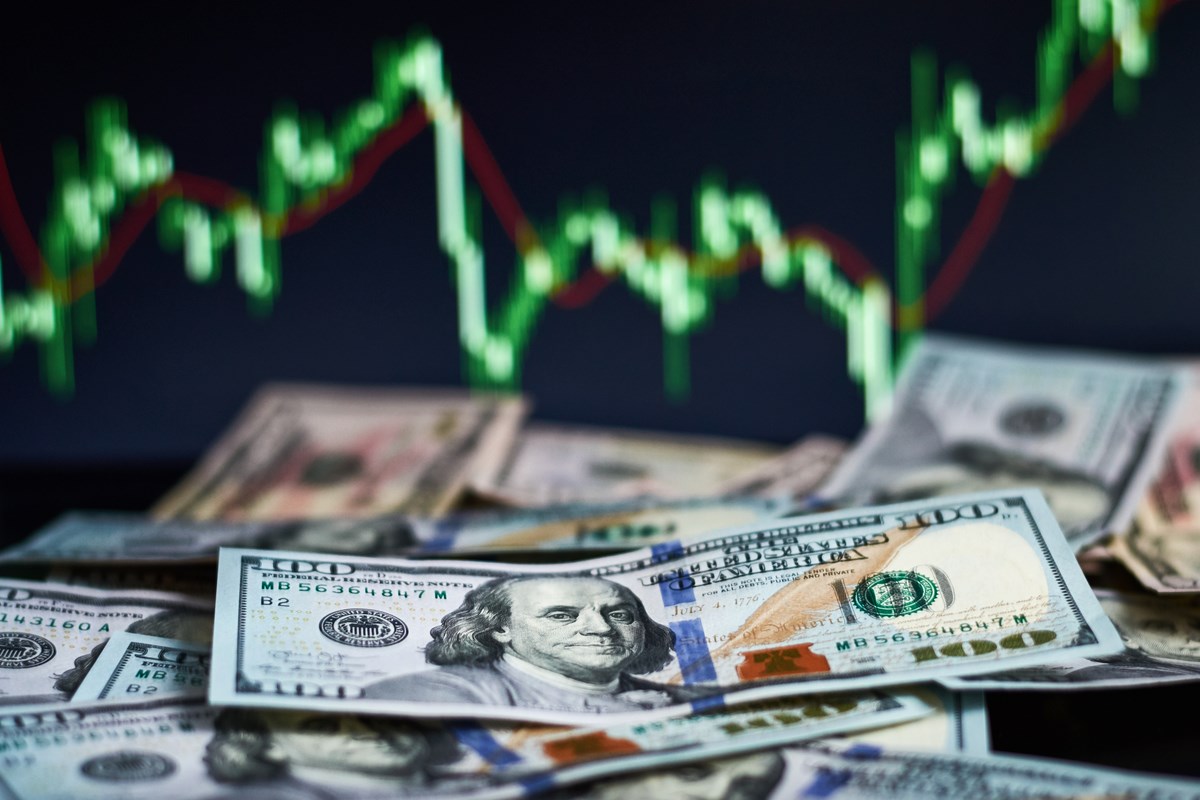 It’s no secret that the mainstream media has a left-leaning bias. So it’s not exactly surprising that when alarming new inflation data were released on Tuesday, many journalists and media outlets attempted to downplay the story. After all, rising concerns about inflation could hamper the federal government’s ongoing efforts to massively increase government spending and expand the welfare state.

Here are just a few examples of countless reports that sought to downplay the just-released inflation figures. For one, the Washington Post dubbed the new numbers “an early sign that inflation could be easing.” And CNBC went with a different spin in its headline: “Consumer prices post smaller-than-expected increase in August.”

Meanwhile, many left-leaning commentators and analysts argued that the new data vindicate their claims that recent price inflation is just “transitory.” (Aka temporary.)

Inflation continues to look like a temporary, transitory problem that is mostly working itself out. https://t.co/JI6liSEmtG #inflation

To exclude lingering impacts from recession (“base effects”), we can look at the absolute level of prices, rather than the rate of change. Indexed to Feb. 2020, prices are still quite elevated. pic.twitter.com/dxXqzaiWG8

Yet when one looks at the actual report released by the Bureau of Labor Statistics, this rosy spin seems utterly unwarranted. It shows that the Consumer Price Index, an average sample of typical consumer prices, rose 0.3 percent in August. This is less than the 0.4 percent increase that had been predicted, prompting the media spin to suggest that August saw “less inflation than expected.” While perhaps true, this is misleading, because the new figures still show prices seriously on the rise.

In particular, energy costs rose 25 percent year-over-year, while food prices rose 3.7 percent. Used vehicle prices rose a whopping 31.9 percent over the last year as well. These are just a few examples of the many ways Americans’ purchasing power—their real standard of living—eroded over the last year due to price inflation.

BREAKING: Inflation was up +5.3% in August over the prior year, driven largely by used cars, gas and food

It might be true that inflation is easing or slowing down, but that’s not the main takeaway here. Prices have still risen significantly! And, as shown in the graph below, comparing August 2021 to August in years past shows that price inflation is still very much a problem. 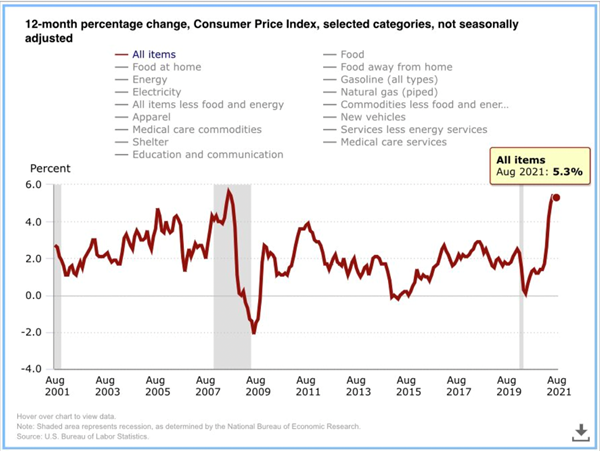 Ultimately, prices are still rising in alarming ways. That can be traced back to government policies like the Federal Reserve’s printing of trillions of new dollars to fund COVID “stimulus” efforts. Those who want the feds to spend more and grow the welfare state have every incentive to downplay the consequences of fiscal and monetary recklessness.

But don’t fall for the media spin. Everyday Americans suffer the consequences of price inflation when their paychecks don’t stretch as far as they used to. It’s important to look beyond political narratives to understand just how much “stealth taxation” via inflation is really going on.

This article appeared at FEE.org at:  https://fee.org/articles/media-attempt-to-downplay-alarming-new-inflation-report/